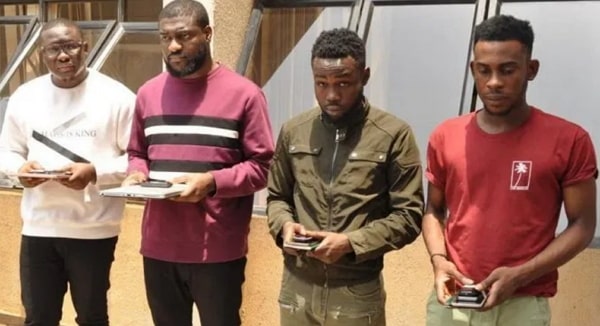 In its war against internet fraud, operatives of the Cyber Crime Section at the Abuja Zonal office of the Economic and Financial Crimes Commission, EFCC has raided the residence of suspected ‘yahoo-yahoo’ fraudsters and arrested four of them.

They were arrested at Plot 1202 News Engineering Estate, Dawaki, Abuja.

According to the EFCC, in the course of the operation, some of the items recovered include mobile phones, laptop computers, and a Mercedes C350.

The commission said the suspects would be charged to court as soon as investigations were complete.