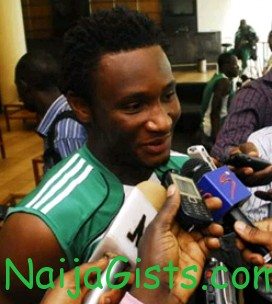 Nigerian-born Chelsea midfielder, John Mikel Obi has been suspended. He has been handed a 3-match ban with a whopping £60,000 fine over his clash with referee Mark Clattenburg few weeks ago. naijagists.com

In the clash, Mikel Obi accused the aforementioned referee of hurling racial abuse on him after Chelsea lost to Manchester United 2 months ago.

The racial abuse allegations have been proven false by the English FA.

Here is an official statement from The Football Association regulatory body’s website: