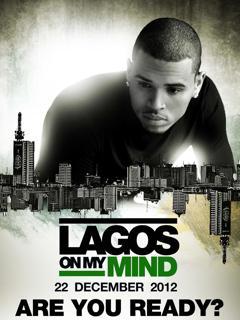 American pop star Chris Brown is set to storm Lagos State Nigeria on the 22nd of December 2012 for a pre-christmas show. naijagists.com

The dancing bee popularly called Breezy has put his Rihanna beating saga behind him. After his Barbados tour with his girlfriend, Rihanna, he is set to fly to Nigeria for the performance of his life.

We are still unsure if he’ll bring Rihanna along.