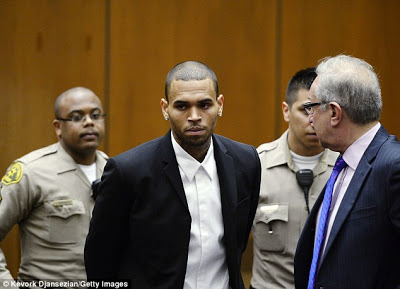 American musician Chris Brown is still in trouble over his past brutal assault on his ex-girlfriend, Rihanna.

Photo of Rihanna after Chris Brown’s assaulted her.
Yesterday, a judge sentenced Breezy to another 1000 hours of community service after he reportedly lied about his previous service.

Chris Brown who was on a private jet in Cancun, Mexico reported he was picking trash in Virginia. Out of the previous CM sentence, he only did 180 days.

Wonder what Rihanna would be thinking now.