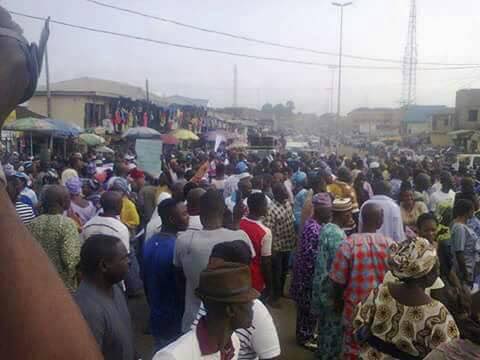 The Ekiti State chapter of the APC party and a coalition of civil society groups, on Monday marched through the streets of Ado Ekiti, the state capital, to celebrate the return of President Muhammadu Buhari to Nigeria after 103 days of medical vacation in London. 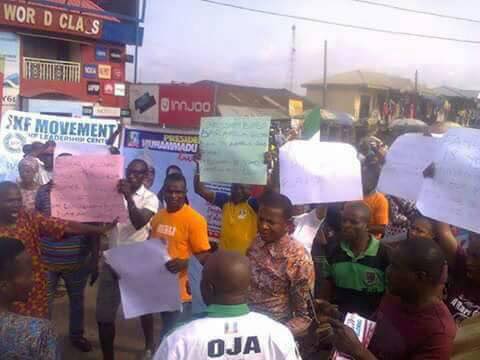 The coalition also knocked the state governor, Ayodele Fayose, over his attacks on the president since he left the country on May 7.

Mr. Fayose had alleged that the president was on life support since June 6, insinuating that the reports of his recovery were false. 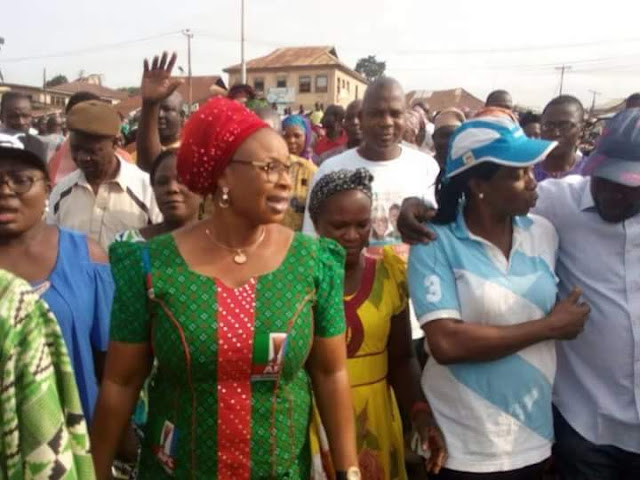 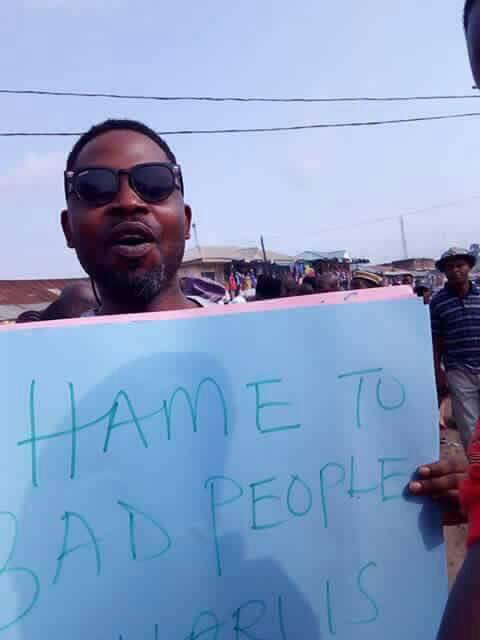 The procession also created traffic along Ijigbo and Ajilosun area, making vehicular movements difficult.
Addressing the rally, the party’s Acting Chairman in the state, Kemi Olaleye, said God had shamed those wishing the president dead. He said Mr. Buhari’s return would rekindle the war against corruption, insurgency and secession.

Mrs. Olaleye appealed to Mr. Fayose to make good a threat he reportedly made that he would commit suicide if President Buhari returns to Nigeria hale and hearty.

“Mr. Fayose has turned himself to propaganda-in-chief, but we are happy that God has shamed those who thought President Buhari won’t return alive. With this rally, the end has come to Governor Fayose’s reign in Ekiti,” she said. 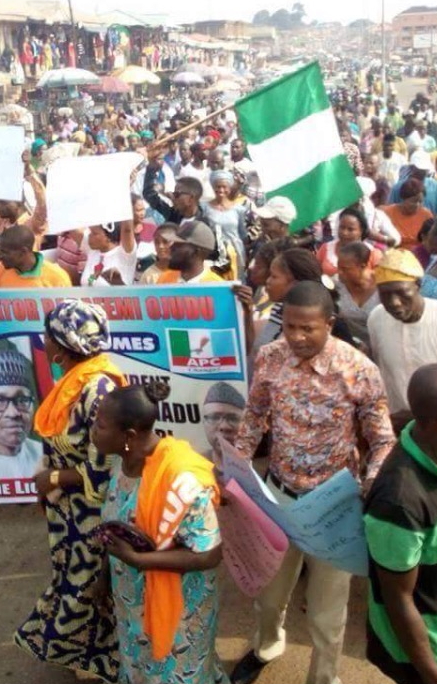 “The good people of this state are not in support of Fayose’s action, because we are cultured and compassionate people.
“Look at the Governor of Rivers State, Mr. Nyesom Wike, he went to Abuja to welcome the president back to Nigeria. That was a show of maturity, why was our governor not learning from this?

“We are solidly behind President Buhari even beyond 2019. And we are pleading with Nigerians to discountenance whatever Fayose has been saying against the president. He was not speaking for us, he only spoke for himself.”

Mrs. Olaleye added that Ekiti was tired of ‘one day, one trouble’ under Mr. Fayose, saying the next poll would mark the end of the governor’s dominance in the state.

The state chairman of the Conference of Nigerian Political Parties, Tunji Ogunlola, speaking on behalf of the civil society groups, praised Nigerians for praying for Mr. Buhari’s quick recovery.
He said prayers by Nigerians helped the medical team to achieve success in the treatment of the president.

“Nigeria’s collective destiny cannot be aborted by a tiny group of crooks whose survival depend on the looting of our commonwealth,” he said.
“It is on this strength that we believe the President’s return presents a fresh hope for the accomplishment of our collective dream for a great nation as hr settles down to work.

“Our hope to tackle corruption and grown the nation’s through economic transformation that will create jobs for our teeming youths have been rekindled with Buhari’s return.

“It was gratifying that those who wanted Buhari dead has been put to shame and we warn that this new sheriff that just returned to town will as usual has no patience for looters and conmen in government.”
Also, the APC in Ondo State, in a statement by the Director of Publicity, Steve Otaloro, rejoiced with Nigerians on the return of President Muhammadu Buhari.

“You shall live to see part of your elaborate, long-term, prosperous plans and solid foundation for national growth,” he said.

“Our hearts are gladdened, our hopes are heightened, our fears are smoothened, our thoughts are sharpened, our beliefs are strengthened and our future is brightened. Nigeria has a destiny which is success and development.

“We thank God that you are back to our motherland. Nigerians are overwhelmingly happy. There were wild jubilations across Nigeria, In cities and villages across the country.
“With the return of Mr President, certainly, many will be frightened. Some would be traumatised. Many would be shamed. Others will surely but secretly apportion blames.

“Some will overtly trade blames and excuses because of their stance and statements of playing God over your health. We (APC) however, have been vindicated. Ultimately, our country will be redirected, refocused and revived.”

Missing Politician Son Found In Lagos 3 Years After People Accused Mother Of Using Him For Ritual
Charly Boy Extends Love To Buhari, Urges Him To Deal With Biafran Agitators