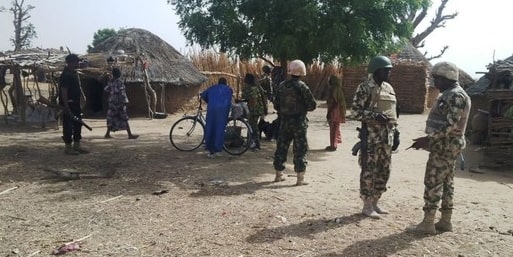 The source also disclosed yesterday night that some soldiers are still missing following the attack which he described as very terrible.

A hospital source equally confirmed recovered bodies were taken to the Damaturu Specialist Hospital mortuary, yesterday afternoon, as six remains of other soldiers were still lying there before the latest addition.

Unfortunately, the army authorities are yet to release any official statement on the attack, but it was also gathered that Brig. Gen. Mohammed Baba Dala, the Sector 2 Commander Operation Lafiya Dole, visited Buni Gari yesterday to assess first hand, the impact of the attack on his troops.