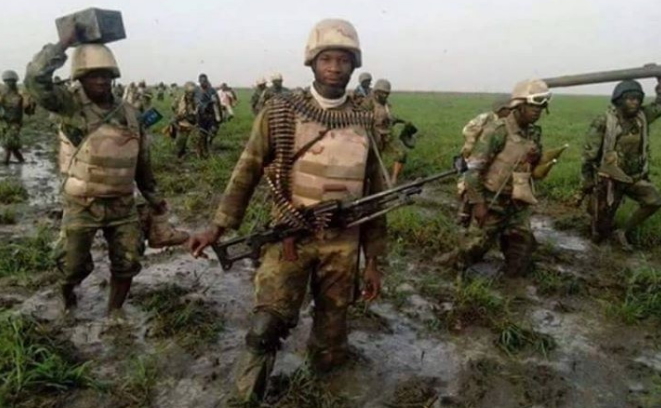 The Nigerian Army has recovered the corpses of 15 soldiers declared missing during a counter terrorism operation in Gashigar area of Borno on the 16th of October 2016.

According to Major General Lucky Irabor, the corpses were recovered along Kamadugou River Line area of Maiduguri few days ago.

They have since been buried in Maimalari Cantonment Cemetery.