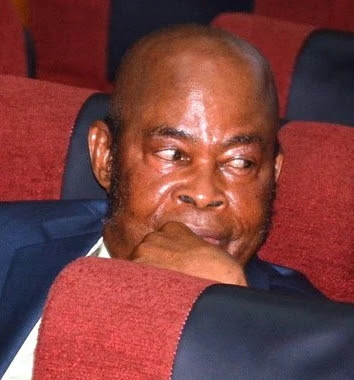 A Federal High Court in Abuja on Monday granted bail to Justice Sylvester Ngwuta, a Justice of the Supreme Court, charged with corruption and judicial misconduct.

Justice John Tsoho granted the bail in the sum of N100 million and on a self recognition being a judge of the Supreme Court.

The bail granted was sequel to a bail application filed by Mr Kanu Agabi (SAN), counsel to the defendant.
Agabi had earlier urged the court to use its judicial power contained in Section 118(2) of the Administration of Criminal Justice Act (ACJA), Section 6 of the 1999 constitution to grant the defendant bail.

Agabi argued that the allegations preferred against the defendant were all bailable, and that the court should also consider Section 32, 158 and 162 of the ACJA to grant the bail. 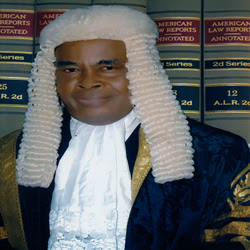 He also prayed the court to consider Section 35(4) and Section 36(4) of the 1999 Constitution which presumed the defendant/applicant innocent until proven otherwise.

He, therefore, prayed the court to admit his client to bail on liberal terms, adding that he will not interfere with investigation nor destroy evidence if granted bail.
The prosecution counsel, Mr Charles Philip, however, opposed the bail application, arguing that the offences were grievous.

Philip submitted that the defendant applicant could interfere with the trial if granted bail.
“There are sufficient grounds that the applicant will interfere with investigation and destroy the prosecution’s evidence.

“There must be consequences for wrong conduct. I, therefore, urge the court to dismiss the application and allow for accelerated hearing instead,’’ he said.