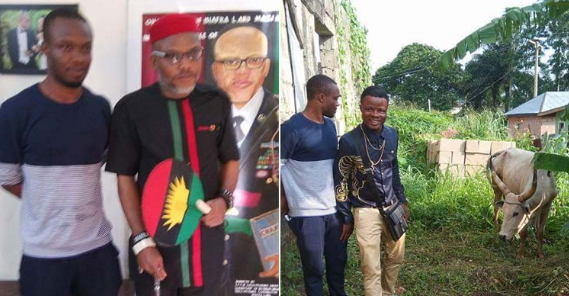 After the May 30th declaration by Biafra agitators as sit-at-home Day in commemoration of the Biafra Independence Day, some members of the Indigenous People of Biafra ( IPOB ) claimed to be based in Malaysia but travelled home for the planned Biafra Day have allegedly donated a live cow allegedly named “Buhari” to their leader, Mazi Nnamdi Kanu, to be killed on Biafra Day.

The story seen on an online news medium said that Mr. Kanu “who has received hundreds of important visitors including high-placed politicians since he was released on bail by an Abuja High Court in April, accepted the gift warmly.”

The reports also claimed that the members named the cow before donating it to their leader.

In the photo, two of the claimed IPOB members who donated the cow are seen standing with Nnamdi Kanu while another picture shows them standing beside the said cow. 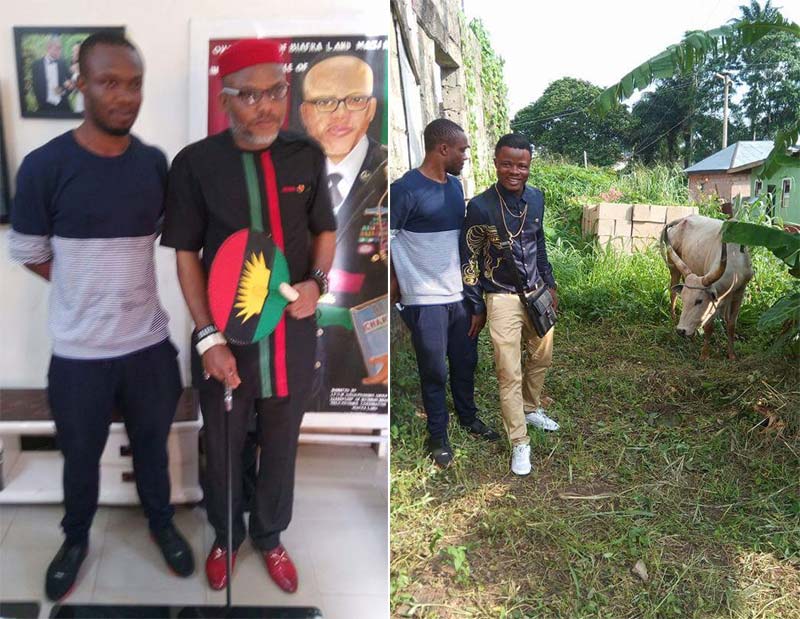 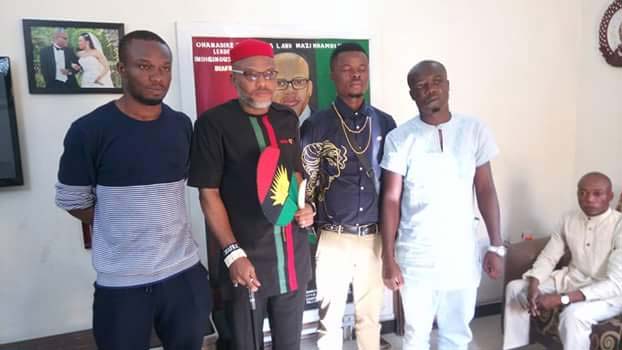 Obasanjo Warns Of Looming Revolution, Says The Youths Are Frustrated & Angry
“Biafra May 30 Sit At Home Order Can Lead To War” – Igbo Group Warns Ndigbo Against Self Destruction