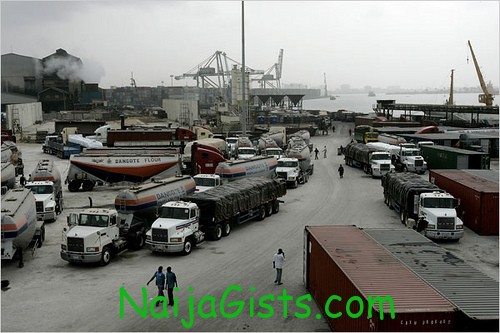 The student allegedly killed by the Dangote truck was in the final year and was studying Economics.

Commenting on the incident , the State Police Public Relations Officer, PPRO ASP Ejike Alaribe said: “The driver of the truck is now in police custody . We are still investigating the allegation that a police officer shot a student. I will keep you posted once I get the information.”

Following the incident, the Deputy Vice Chancellor Prof. Nicholas Adah has promised that the university authorities will construct bumps on the road to avoid such incident in future, considering the location of the institution..

President Goodluck Jonathan Back In The Days
Unbelievable! See 9ice Back in The Days