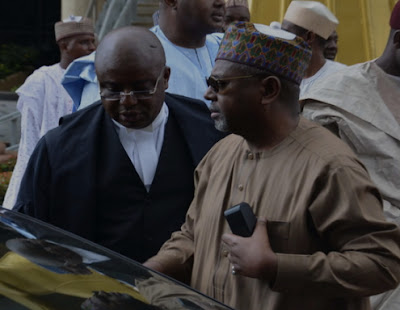 Abuja Court of Appeal today dismissed an appeal filed by retired Col. Sambo Dasuki to discontinue his trial at the lower courts due to his continued detention against court order.

Dasuki is standing trial at the Federal High Court Abuja and the High Court of the FCT on Money Laundering, abuse of office and embezzlement of public funds amounting to 2.1 billion dollars.

Delivering the judgment, Justice Abdul Aboki, said the appeal was based on the ruling of the High Court of the FCT given on Dec.18, 2015 which granted him bail.

Aboki said the appellant had challenged his re-arrest after fulfilling his bail terms on Dec. 29, 2015.

“Having gone through the argument, studied the arguments presented by the parties, this panel holds that the appeal lacked merit and hereby dismissed,’’ Aboki held