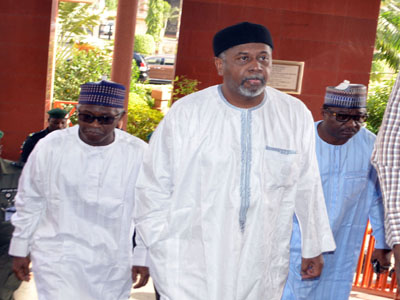 Justice Peter Affen of the High Court of the Federal Capital Territory (FCT) gave the order in a ruling on the bail application they filed.

Also to be remanded are former Director of Finance and Administration in the office of the NSA, Shuaibu Salisu and son of the former Sokoto governor, Sagir Attahiru.

Yuguda, Dasuki, Bafarawa, Salihu and Sagir were arraigned with a company, Dalhatu Investment Limited on December 15 by the Economic and Financial Crimes Commission (EFCC) on a 22-count charge bordering on criminal breach of trust, misappropriation and retention of proceeds of crime estimated at over 20billion naira.

Ruling on the bail application on Monday, Justice Affen admitted each of the five men to bail at N250million with two sureties, who must pledge the same amount, which they will forfeit should the defendant jump bail.

The judge said one of the sureties must be Director in the federal Civil Service, they must be resident in Abuja and must have landed property with Abuja worth N250m.

The judge further said that title documents in relation to the property and the defendants’ travel documents must be kept with the court after their verification by court officials.

” I have carefully considered the applications and the evidences tendered and found that extensive investigation was conducted in the matter.

” Whatever is left was not substantial to deny the defendants bail, simply because the prosecution alleged that they may interfere with investigation, if granted bail.

“There is no any evidence to prove that the defendants, if granted bail, will commit another offence. I found it difficult to agree with the theory of probability, as canvassed by the prosecution, to deny the defendants bail,” the judge said.