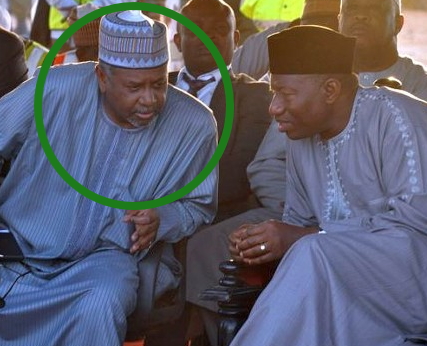 Even after Boko Haram took over several territory including about 16 local government areas during Goodluck Jonathan administration, the then National Security Adviser, NSA, said the Goodluck Jonathan deserves commendation for defeating terrorist group.

Speaking from detention where he is being held for allegedly mismanaging about $2.1 billion meant for purchase of arms to fight Boko Haram, Mr. Dasuki said it was the actions of the Goodluck Jonathan administration against Boko Haram that made the 2015 general election possible in Nigeria.

Mr. Dasuki spoke in a foreward he personally wrote to a 308-page book titled ‘Boko Haram Media War – An Encounter with the Spymaster,’ authored by Yushau Shuaib, an award-winning Public Relations professional.

According to the former NSA, the 2015 general elections would not have taken place especially in the volatile north-east if the government under which he served had not risen to the occasion to “defeat” Boko Haram.

“In fact, without our intervention in ensuring the defeat of Boko Haram, the electorates could not have had the opportunity to exercise their franchise,” Mr. Dasuki was quoted in the forward.

“It is a fact that we provided peace and stability that afforded Nigerians, especially in the North-East in voting for their governors, legislators and others in the 2015 elections.

“In the war-front are evident success stories which Shuaib has mentioned in some of the articles that featured in this book, especially on media relations, self-censorship, gallantry in recovering dozens of cities and towns among other declassified revelations,” he said.

Mr. Dasuki did not, however, elaborate on how the former ragtag militants were able to mobilise and defeat several military formations before taking over the territories while he was NSA.