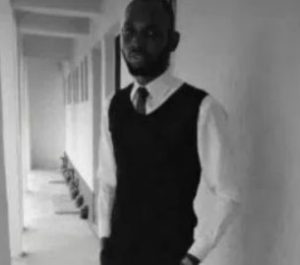 The deceased, who was said to have suffered bouts of depression in recent times, reportedly took his own life on Wednesday, after drinking poisonous liquid substance suspected to be an insecticide, after learning that he would be staying another academic session in the institution.

The Nation gathered that Orumah did poorly in his final examinations and would be having to stay an extra year, a second time, having suffered a similar fate in the previous academic year.

Although no authority was able to officially confirm the incident, some students from his department; Pharmacy Department, who spoke under anonymous conditions, confirmed the development, saying the deceased switched to depression after realising his imminent fate.

According to some of the sources, the deceased was found dead in his hostel room. They said two cans of a dangerous insecticide, which had been linked to a couple of suicide cases recently were found in his room.

He was, however, said to have been rushed to the university health centre where he was pronounced dead.

A lecturer of the institution who also confirmed the incident said medical report indicates that the student took substances believed to be an insecticide.

Another student who simply identified herself as Amaka, said, “He was in class the day he died and looked very happy and exchanged jokes with his course mates. Some of his friends were even with him at home but after they left he drank sniper and died.”

When contacted, DELSU’s Public Relations Officer, Mr. Freeborn Aganbi, confirmed the incident, adding that security report indicated that the deceased had had to repeat the same year twice, a situation that could have inflicted frustration on him.

“This is why staying off campus isn’t advisable. If he had been staying on campus, there’s the possibility that one or two friends could be around him to talk him away from his frustration and eventually from taking his own life”, Aganbi said.