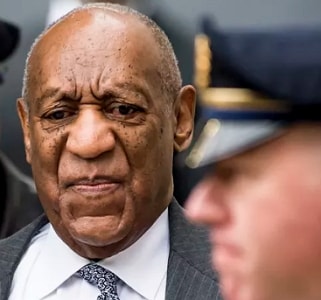 American comedian, Bill Cosby, who was convicted of sexual assault in April, has changed his lawyer ahead of his sentencing, a spokesman said Thursday.

Green will replace Tom Mesereau, who has represented numerous celebrities and was Cosby’s lawyer for his second trial which resulted in his conviction on three counts of sexual assault on April 26.

His first lawyer, Brian McMonagle, represented the 80-year-old during his first trial in 2017 which resulted in a deadlocked jury.

Green’s first task will be to seek a lenient sentence during the hearing fixed for September 24. He may also be called upon to appeal the conviction, as was announced by Mesereau previously.

Cosby’s conviction ended the career of a once-towering figure in late 20th century American popular culture, the first black actor to grace primetime US television, hitting the big time after growing up as the son of a maid.

He became the first powerful man to be convicted of a crime in the #MeToo era sparked by the downfall of Hollywood mogul, Harvey Weinstein.

His convictions were all linked to one victim, Andrea Constand in 2014, but he stands accused by dozens more of assault over the years, many outside the statutes of limitation.

Can Poverty Be Eradicated In Nigeria? Is There Really A Solution For Poverty To Cease In The Land?
Oprah Winfrey Signs Show Production Deal With Apple