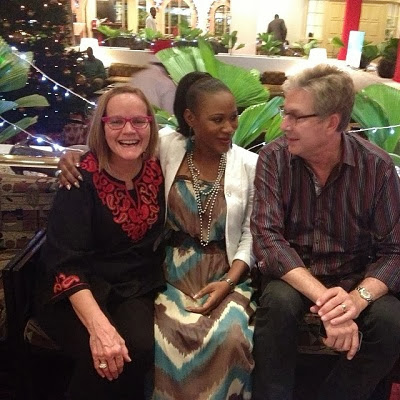 Popular gospel singer Don Moen and his wife Laura are currently in Lagos State Nigeria for a scheduled concert.

The couple arrived Lagos yesterday for a program titled Wonders of Worship 2013 that will be held at the Royalty Christian Center in Lagos.

Pictured above is newly married Sunmbo Adeoye nee Ajaba with Don Moen and his wife.

For the record, Sunmbo, the former girlfriend of Afro-queen crooner Tuface Idibia is now the wife of Pastor David Adeoye the GO of Royalty Christian Center.