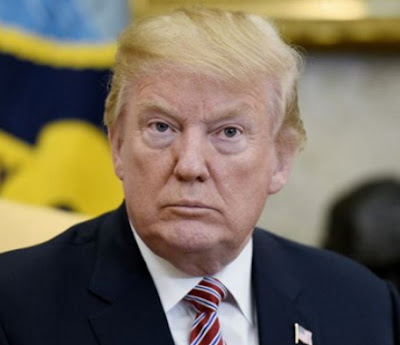 President Donald Trump has been ranked as the worst U.S. President in history in a Presidents’ Day poll of political scientists that ranked all 44 of the people who have served as U.S. president.

While Trump is the 45th President, one of his predecessors, Grover Cleveland, was elected two separate times, making him the 22nd and 24th President, who ranked as 24th on the survey.

The experts were asked to rank each president on a scale from zero – worst – to 100 – best – based on their overall performance in office.

Their rankings showed that Trump came in last place with an average score of 12.34.

Coming in first place, according to the survey, is Abraham Lincoln, who scored an average of 95.03 between both Democrats and Republicans surveyed while George Washington got a rating of 92.59.

In the latest round of survey, former president Barack Obama moved up in the rankings to 8th best president, compared to 18th he ranked in the 2014 survey.

Even Republican respondents rated Trump as the fourth worst president – 40th of 44th while they placed Obama as the 16th.

Ronald Reagan, who also moved up from his previous ranking, trailed behind Obama in 9th place.

Bearing in mind that this was Trump’s first year in office, the survey takers asked respondents to grade him on an A-F scale.

He was graded on the subjects: his presidency overall, legislative accomplishments, foreign policy leadership, embodying institutional norms, and communicating with the public.

Overall, scholars gave him failing grades – three Fs and two Ds – while he scored highest on communicating with the public and lowest on embodying institutional norms.

The higher marks awarded Trump were in communicating with the public and foreign policy leadership.

Trump was rated worse than President Richard Nixon, who quit under pressure from the Watergate scandal, ranking as 33rd.

Even Warren Harding, whose presidency was afflicted by the Teapot Dome corruption scandal and his dalliances with mistresses, rated higher than Trump at 39th.

Trump also “won” the most polarising President, ahead of Andrew Jackson who won the second position.

“Donald Trump is by far the most polarising of the ranked presidents,” poll authors Brandon Rottinghaus and Justin Vaughn wrote.

Continue Reading
You may also like...
Related Topics:donald trump, president, us history, worst