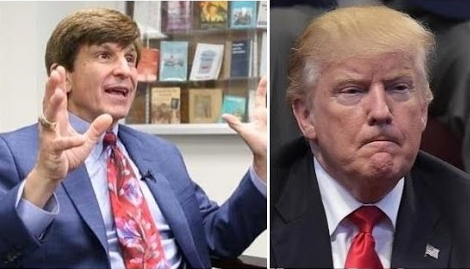 American Billioanire Donald J Trump caught the world by surprise when he emerged victorious at the U.S. elections, but his stay at the White House could be short-lived, according to a professor who has correctly predicted presidential poll outcomes for the last 30 years.

Allan Lichtman, a political historian at the American University, told CNBC’s “Squawk Box” on Thursday that Trump’s history of playing “fast and loose with the law,” his unpredictability as well as lack of public service experience could lead to an impeachment.

He added the prognostication was based on a ‘gut feeling’ rather than the scientific methods he employed in predicting Trump’s election victory.

Continue Reading
You may also like...
Related Topics:donald trump impeached