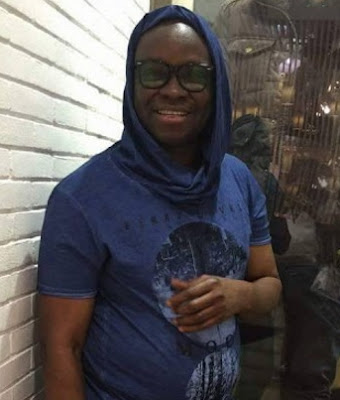 DSS Raid: Fayose Afraid of his own shadow, says APC

The All Progressives Congress (APC) in Ekiti State has berated Governor Ayodele Fayose for inciting Ekiti people against DSS over the weekend search operations on the houses of some judges suspected of bribery in election matters across the country.

It said Fayose’s attack on the secret police followed the same pattern of his criticism of other anti-graft agencies anytime the governor feel threatened by the activities of these agencies.
The party also criticised the Nigeria Bar Association (NBA) for condemning DSS, explaining that NBA’s action is condemnable against the backdrop of its silence when the judiciary faced a more daring and contemptuous challenge to the authority of the courts by private individuals, notably Fayose when he allegedly led thugs to attack the court in Ado-Ekiti.

The party also accused Governor Nyesom Wike of obstructing DSS from carrying out their search duty, saying it is clear a case of obstructing the course of justice.
DSS had at the weekend obtained a Magistrate Court search warrant to conduct sting operations on some judges suspected of corruption in the discharge of their duties in election matters.

Fayose scoffed by taking to radio and television life broadcast to accuse the secret police of illegality and witch-hunt while NBA also accused DSS of disrespecting the judges and attempting to discredit the judiciary.

But reacting in a statement in Ado-Ekiti by APC Publicity Secretary, Taiwo Olatunbosun, the party explained that contrary to Fayose posturing as fighting for the rule of law, the governor is actually fighting for his own survival “as it is most likely he has something he is hiding that we do not know”.

Olatunbosun noted that Fayose is always edgy when issues of corruption and how to deal with them by the agencies of government are on the table.

“Fayose’s attempt to set Ekiti people against DSS through inflammatory statements in a live broadcast on the state media to again instigate the people against security agencies will not save him from facing justice in his numerous brushes against the law.

“He is always agitated whenever there is any move against corruption, which can be seen in his latest condemnation of the DSS raid on Judges’ residences, and this follows his pattern of crying wolf where there is none,” he said.

He added: “The same man talking about the rule of law once invaded the State High Court in Ado-Ekiti with thugs to beat up a judge, break courtroom windows, tear court records and beat the Chief Judge’s secretary.

“It is an irony for a serial law breaker to suddenly become a defender and protector of the law after he once caused the courts in Ekiti State to be put under lock and key for months so that his eligibility matter could not be heard.
“We wish to ask the NBA why they didn’t condemn that invasion of the courts and beating up of a judge in Ekiti in September 2014 but suddenly found its voice now that the judiciary is in the process of being sanitised.

“We are disappointed in the NBA for not condemning Governor Nyesom Wike for obstructing the cause of justice by preventing law enforcement agents from carrying out their duty. “We also wonder why the affected judge didn’t call his brother judge instead of calling Governor Wike?

“NBA should tell us this judge’s business with Governor Wike and why he didn’t allow DSS access to his house if he has nothing to hide or does immunity also cover Wike to obstruct justice?”

Praising the anti-corruption stance of President Muhammadu Buhari’s administration, Olatunbosun said APC welcomes “any process that will lead to the cleansing of the judiciary, which is the last hope of the common man just like other sectors of the polity being sanitised”.