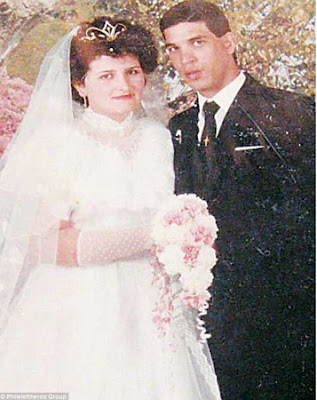 The EgyptAir hijacker’s former wife has branded him a jobless drug addict and claimed their five-year was ‘a living hell’.

Seif Eldin Mustafa wore a fake suicide vest and forced a passenger jet to be redirected to Cyprus to see her.

Mustafa demanded to see his ex-wife Marina Paraschou. He was pictured handed a four-page ‘love letter’ penned for Marina to a female airport official who had her head in her hands, looking mortified. 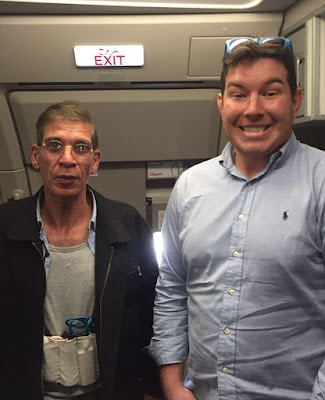 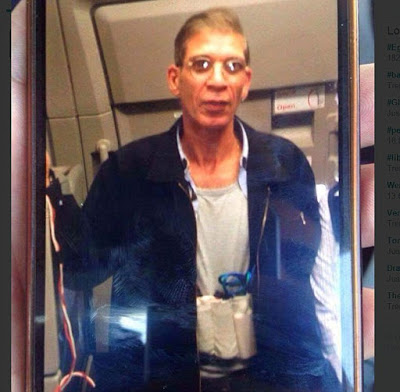 In her first interview since Tuesday’s drama Marina reveals how she married a violent, unemployed bully who was cruel to her and their three children.

Most of the media painted a picture of a romantic situation in which a man was trying to reach out to his estranged wife,’ she told Cypriot newspaper Phileleftheros.

‘But that couldn’t be further from the truth and they would have a different opinion if they knew what he was really like.’It was a marriage of hell with threats, beatings, torture and fear. He was a man who knew how to inflict fear and to create misery around him. He was unbalanced and a scary person.’

During their seven years together the couple had three children, but Ms Paraschou still describes them as the ‘darkest chapter in my life’…
She says the couple lived with her parents on Cyprus during their marriage, but unemployed Mustafa never provided financially to the family.

The couple divorced in 1990 and Mustafa left Cyprus for Egypt in 1994 where he was jailed for forgery and fraud.

He broke out of prison in 2011 amid the chaos during the uprising against Egyptian president Muhammad Hosni El Sayed Mubarak.

Ms Paraschou, from Oroklini, a village near Larnaca Airport, said called Mustafa, who was by then back in Egypt, to tell him one of their children had died in an accident.

‘I called him [to tell him of out child’s death] and all he could say was “What do I care?”‘, she said. ‘I can assure you, he never cared about me or his children – both when he was in Cyprus and after he left. The only thing he gave was pain, unhappiness and fear.’

After his capture, prosecutors said he told police:

‘What’s someone supposed to do when he hasn’t seen his wife and children in 24 years and the Egyptian government won’t let him?’

Egyptian authorities have now requested Mustafa’s extradition in order to prosecute him in his own country, state media reported.

It is believed he had not seen his wife and their four children since around 1994 after he moved to Egypt but was imprisoned on forgery and fraud charges.