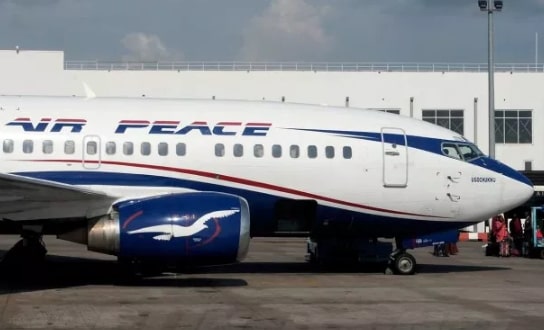 After the Ethiopian Airlines’ Boeing 737 MAX crash, leading Nigerian airline, Air Peace, has been embroiled in a major controversy over its purchase of the same aircraft in 2018.

Similar to some other airlines across the world, Air Peace, last September, signed a memorandum of Understanding (MoU) with Boeing, to acquire 10 of the planes for its international operations.

The biggest bid ever submitted by an airline in West Africa was set to launch the Nigerian firm into the league of major carriers in the world, parading some of the most attractive, efficient and state-of-the-art wide-body aircraft globally.

Ethiopia Airlines’ Boeing 737 MAX had barely taken off from Bole International Airport in Addis Ababa en route Nairobi when it lost contact with the radar.

The tragic incident led to the death of all 157 persons aboard including two Nigerians Pius Adesanmi and Ambassador Abiodun Bashua.

The crash, which is similar to Lion Air flight which went down over the Java Sea in late October, killing all 189 people on board, has generated discussion across the world as many demands all airlines in possession of the same model of aircraft should suspend its operations.

The aircraft which has recorded global patronage due to its efficient fuel management might be taken off the market following the second crash of the same model in less than six months.

For Air Peace, many observers have demanded the clarification on its recent order of 10 new Boeing 737-MAX aircraft for its international operations.

Air Peace might have to redeem its customers’ confidence by giving adequate information on the state of the purchase.

However, The Guardian put a call to the airlines but its official line was switched off and also sent a mail which it hasn’t responded to.

The crash that has had far-reaching effects has also affected the stocks of the Boeing company with its share dropping drastically.

The US aviation giant shares dropped about five minutes into the day’s trading, Boeing shares were down 11.7 percent at $373.23 following the tragic incident.

Meanwhile, the company has insisted that the crash investigation remained in its early stages and it had no basis to issue new guidance to operators.

Still, most airlines have reportedly grounded all their flights involving the Boeing 737 MAX including the Ethiopia airlines.

Nigerian Politician Dies 24 Hours After Winning Re-election..Heart Attack Kills Hon Ezekiel Afon
The Only Way To Change Nigeria Is To Fashion Out Our Own Organic Economic Strategy – Tinubu