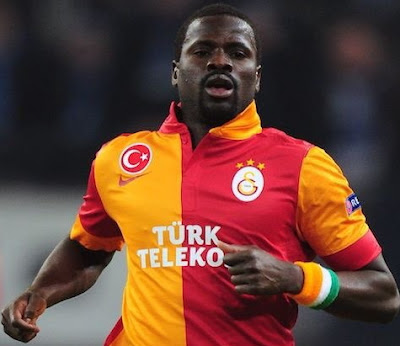 Emmanuel Eboue, former Arsenal star who recently lost his fortune to his Oyinbo wife in London is alive and kicking.

Rumour mongers took to the social media this morning to report that the suicidal footballer has committed suicide in London.

We can authoritatively confirm with you that the footballer is chopping fresh food in his home country of Ivory Coast.

The ex-arsenal defender who was reported to have died of depression in his sister’s home in North London on Sunday is still alive.

Leofirms confirmed to a source today that Emmanuel Eboue is currently on vacation in Ivory coast.

As a matter of fact, he was spotted at a football tournament organized by Ben Adama in Abidjan yesterday.

This rubbishes the report that he committed suicide in his sister’s home in London yesterday.