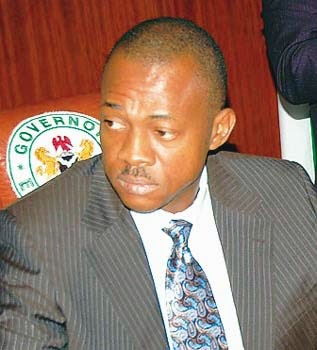 The governor was said to have requested for approval for him to obtain a loan of N11 billion barely three weeks to the end of his tenure, a request turned down by the Speaker of the House, Eugene Odo, and other members. Because of this refusal, nine lawmakers said to be loyal to Governor Chime were said to have threatened to impeach Odo.

However, events took a different dimension on Monday when the 16 lawmakers served the governor impeachment notice.

Stating the reasons for initiating the impeachment process said to have been signed by fifteen members as well as the Speaker, the lawmakers said the governor’s sins border on gross misconduct and other sundry impeachable offences.

The House members accused the governor of awarding a contract for water project to a private contractor without the consent of the House but which the house turned down.

The lawmakers also cited the case of N11 billion loan which the Governor said he wanted to use to complete his projects while using the state’s Internally Generated Revenue (IGR) as collateral, but which they also rejected, noting that since government is a continuum, the governor-elect will continue from where Chime stopped.

This resolution was said to have been taken on the floor of the House, while the other nine members loyal to the governor were absent but usually sit separately in Enugu Hotels.