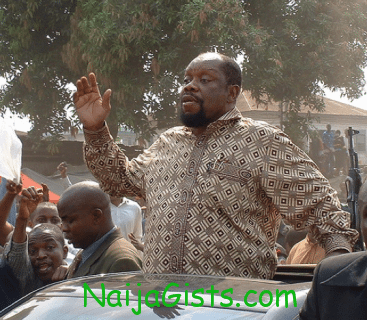 Naijagists.com learnt that the former Biafran leader Dim Emeka Odumegwu Ojukwu has died in a UK hospital where he had been receiving treatment for stroke he suffered late last year.

Emeka Ojukwu who is 78 at the time of his death, shot into prominence when he led a sectional group into the civil war between 1967 and 1970. An astute businessman and politician, Ojukwu was the national leader of All Progressive Grand Alliance (APGA) on whose platform he once contested for Nigeria’s presidency.

Ojukwu was survived by a wife, Bianca, and several kids.