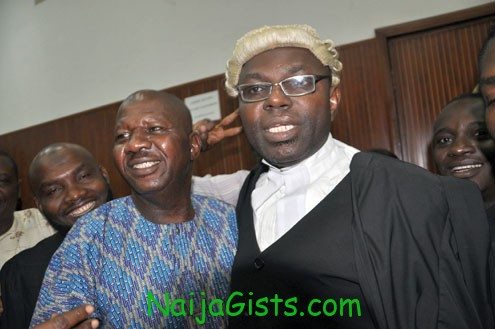 The officials at The National Drug Law Enforcement Agency, NDLEA were reported to have had a good laugh at a court verdict requesting the agency to pay a former detainee, Babatunde Omidina aka Baba Suwe 25 million naira as damages for unlawful detention for 3 weeks.

The agency’s director of legal services and prosecution, Femi Oloruntoba, said the court verdict cannot stand the test of time. Corroborating his claims, he said “the judgment is not a reflection of the facts before the court. It is a misapplication of the law as it relates to power of law enforcement agencies and the liberty of citizens. We shall appeal as the judgment cannot stand the test of time.”

An inside source said that immediately the team that went to court returned back to the office and reported the verdict, some highly placed officials of the agency were heard laughing loudly in the conference room and throwing banters amongst themselves saying “he won’t get a dime”.

Like we said earlier, this man may never get the damages awarded.(gistexpress)