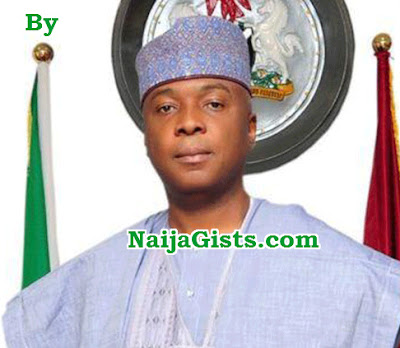 This is an exclusive report by Sahara Reporter on Senate President Saraki’s plan for the upcoming CCT trial in Abuja….

An aide of Senate President, Bukola Saraki have reportedly handed over ‘brown envelopes’ to journalists covering their principal’s trial at the Code of Conduct Tribunal on 11 March.

SaharaReporters, quoting an undercover reporter and another source, said the journalists were handed a cash of N50,000 each at a meeting at Nuek Gardens, Abuja. (NaijaGists.com)

“Our major source, who was present at the parley, disclosed that all the judiciary reporters covering Mr. Saraki’s case attended the meeting where bribes were handed out.

“Our two sources disclosed that Chuks Okocha, a special assistant to the Senate President, distributed Mr. Saraki’s cash largesse to the reporters.

“At the meeting, the senator’s aides struck a deal with the reporters to have only one of the friendly reporters write a report of the trial which would then be syndicated among all the reporters. It was agreed that each reporter would merely retouch the syndicated report and send it to their medium.”