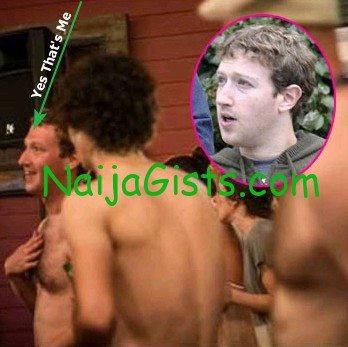 Facebook founder, Mark Zuckerberg is currently involved in a viral topless photo scandal after the director of Engineering of Facebook accidentally shared one of his picture on a popular image sharing site. naijagists.com

After discovering his error, he quickly deleted it within seconds but the deed has been done. Thousand of users who got the picture started sharing it with their friends on Facebook and other social media sites.