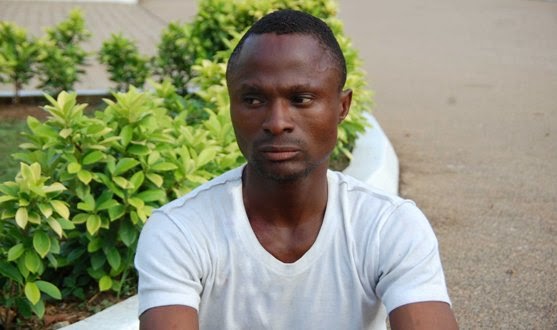 The man pictured above identified as Lawrence Ugwu is currently in SSS custody for sending out text messages of intention to attack by Boko Haram.

According to SSS, Lawrence specialises in sending panic messages about Boko Haram terrorists to any company that refuses to hire him.

He was nabbed after sending out another text messages to some hotels in Abuja as a Boko Haram terrorist.

He was tracked down and arrested.

During interrogation, Lawrence opened up that he employed the gimmick because the management of one of the organisation failed to offer him employment.

He also said he plan to instill fear in those company and pleaded with SSS that he’s not a real terrorist.

As at the time of this report, Lawrence is being interrogated in preparation for his court case.

Hahahahah funny guy. The Federal Government should give this Boko Haram activist a full time job in Sambisa forest.