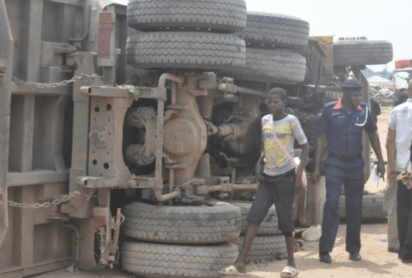 The Federal Road Safety Corps (FRSC) has confirmed the death of four persons, including a soldier, in a multiple road accident at Nyanya on the Abuja-Keffi road. Spokesman of the Corps, Mr Bisi Kazeem, told newsmen in Abuja that 10 others were injured in the accident, which occurred on Friday morning.

Kazeeem said 19 vehicles, including a motorcycle, were involved in the incident, which took place between Karu and Nyanya bridges at 9:30 a.m. According to him, the dead comprised three males and one female, while nine of the injured are males.  He said the accident was caused by brake failure, loss of concentration and speed violation.

Witnesses had earlier told newsmen that trouble started when the motorcycle rider brushed one of the cars, which was being driven by the dead female. “The woman came out of her car and held the motorcycle rider, that he must fix the vehicle. “During the argument, a trailer (long truck), descending the slope on top speed, lost control and rammed into other vehicles held in a traffic buildup at the scene.

“The woman, motorcycle rider and the soldier who was there to make peace, died instantly after they were crushed by the trailer,” a witness who identified himself as Osita, said. According Kazeem, a combined team of rescue personnel from the FRSC, National Emergency Management Agency, Army, police and Lifeline Ambulance arrived the scene four minutes after the accident. 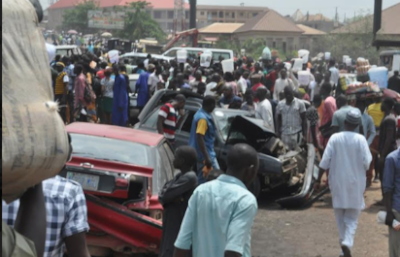 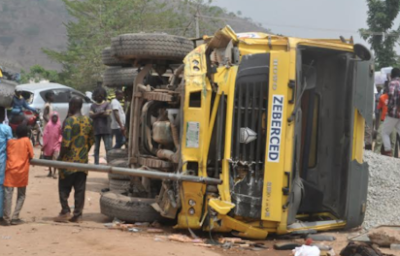 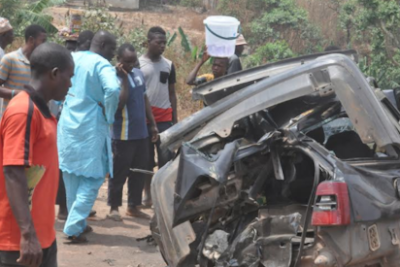 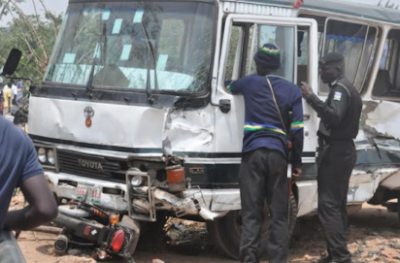