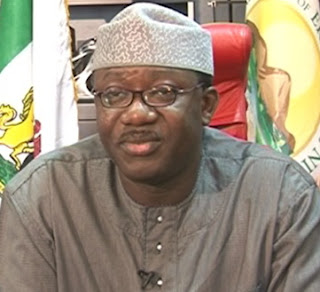 A key supporter of Ekiti state governorship candidate, Fayemi in Ado Ekiti has been murdered.

William Ayegoro, a top youth leader was riding his motorcycle on Igbehin Street in Atikankan area of Ado Ekiti when some suspected assassins shot him on the head.

He was rushed to the Ekiti State University Teaching Hospital where he died in the early hours of today.

Eyewitnesses said the attackers rode past the deceased, the rider applied the brake and one of them shot Ayegoro on the head.

The Police Public Relations Officer (PPRO), Mr. Caleb Ikechukwu, said he has not been briefed on the killing.

Continue Reading
You may also like...
Related Topics:assassinated, Fayemi, supporter