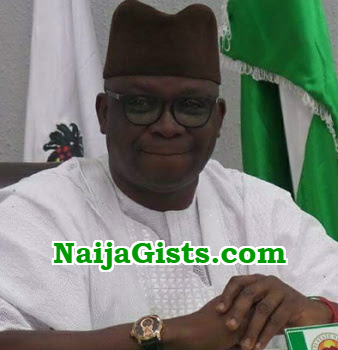 Fayose Denies He Has Decamped To The APC Party

Governor Ayodele Fayose of Ekiti State has finally debunked his defection rumour with a comment that left many wondering as to how he managed to become a governor in the first place.

The highly controversial self proclaimed ‘Man of the People’ who has since refused to pay workers their salaries today replied Ekiti state APC governorship aspirant, Gbenga Aluko who accused him of begging to join the ruling party.

Here is what Fayose said through his spokesperson: