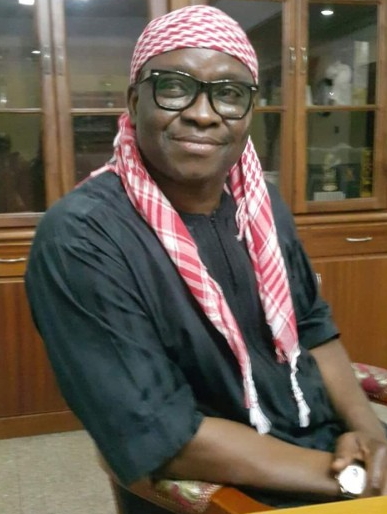 The Abolition Of The Infamous Section 308, An Article By Tony Ogunlowo

The recent alleged antics of the Ekiti state governor, Ayo Fayose, and others have again brought the spotlight on the infamous Section 308 of the Nigerian Constitution.

When his bank account was frozen by the EFCC due to un-explained monies in his possession, his party, The Peoples Democratic party (PDP) were quick to jump to his (Fayose) defence claiming “the freezing of Governor Fayose’s personal account was illegal and asked the EFCC to free the bank account immediately saying the action violates Section 308 of the 1999 Constitution”. In effect the EFCCs actions were unlawful, un-democratic and illegal.

The President, Vice-President, Governors and Deputy-Governors and a few others are exempt from any civil or criminal proceedings while they are still in office. In this immunity clause called Section 308 of the 1999 Constitution. It effectively means the aforementioned politicians become untouchable for whatever crimes they commit while in office and can only be tried when their tenure is up.

A crime is a crime and if a person commits a crime, irregardless of their political standing, it should be punishable by law. There can’t be one law for some and another for everybody else; it makes a mockery of the law we are all supposed to be subject to.

One can imagine that Section 308 was deliberately sneaked into the constitution to serve the purposes of those politicians who knew they’ll be breaking the law, providing themselves with an easy get out clause. How many of these ‘naughty’ untouchable politicians have got up to allsorts (-and still are!) in the past seventeen years and how many of them have been brought to justice when their tenures were up?

So if one of these ‘protected few’ goes on the rampage, on the street tomorrow and shoots a few people dead (- or orders someone to do it) will he be arrested on the spot or will the police just turn a blind eye hopping to bring charges against him when his term of office is up? (-effectively leaving him alone to get up to more mischief!)

How many top serving politicians accused of crimes ranging from murder to money laundering are strutting around today with their heads held high knowing fully well they are immune from prosecution? And on the other side of the spectrum a poor hungry man who steals a bag of Indomie noodles, from the market, is arraigned before a magistrate – that’s if he doesn’t get lynched first!

The question to ask is simple – at what point does the immunity end and prosecution begins? What crime does this ‘protected few’ have to commit before they are finally arraigned before a judge? Currently it seems murder, embezzlement and money laundering are not big enough crimes for a serving President, Governor or their deputies to face trial.

In a more civilized world (- obviously not Nigeria!) the law is above everybody and nobody is immune from prosecution. Even in America, Presidents have been impeached for committing crimes (Bill Clinton and Andrew Johnson were impeached but were later acquitted by the Senate. Nixon resigned before he could be impeached) whilst in office and serving governors have been tried and sent to prison for crimes committed. Nobody waits for them to finish their tenure in office before arresting them. If you’re a respected politician who is stupid enough to risk your reputation by committing a crime then you should be ready to do the time (in a prison after a humiliating public trial). Unless you’re a coward who hides behind the façade of Section 308.

In 2011, President Buhari, then a presidential candidate, promised a crackdown on the abuse of section 308. He promised to “remove immunity from prosecution for elected officers in criminal cases”. So far this is one campaign promise he hasn’t yet honoured.

How can a nation go forward if a ‘selected few’ have a licence to get up to anything they please if there is no fear of retribution?

There are those who might argue that the immunity clause is necessary to prevent our top politicians from becoming embroiled in lawsuits during their tenure of office. But if they are law abiding citizens why do they need to get embroiled in criminal lawsuits in the first place?