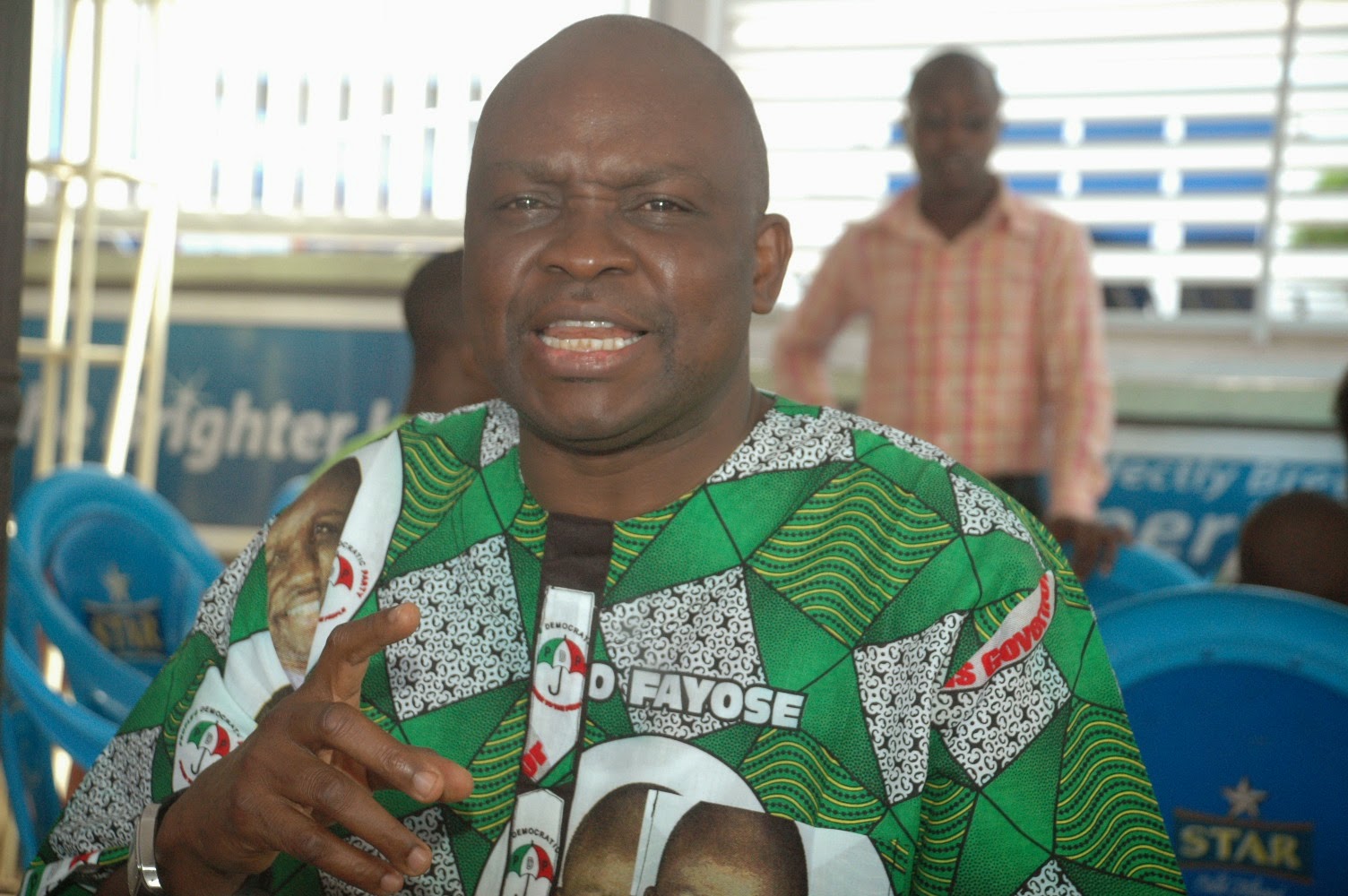 The governor of Ekiti State Ayodele Fayose has announced that he will be reporting the All Progressives Congress (APC) to the United Nations (UN) and the African Union (AU) due to their alleged reign of impunity in Ekiti State. He also said in a public statement that the threat from the APC is making Ekiti State ungovernable.

See detail of his press statement below:

I wish to declare unequivocally that I remain loyal to President Jonathan even after May 29 as my support for his re-election and administration was not about bread-and-butter. I was convinced he was moving Nigeria in the right direction, despite all the noise. I have no regrets supporting him. If same situation presents itself again, I would do it all over.

Let me state It clearly that if President Jonathan is deserted by all Nigerians today, I, Ayodele Fayose, would remain with him. I have chosen to be his last-man standing.

If for this show of loyalty to Mr President and my party, APC and its leaders believe that the best way to pay me back is to make Ekiti ungovernable, the decision on appropriate reaction belongs to the people, whose mandate I keep in trust.

It is ironic that those who said worse things about the President-elect, General Muhammadu Buhari (rtd) when they were in opposing parties, are the ones milling around him today, using him as an electoral talisman and demonizing us for saying things of lesser magnitude during a campaign that was mainly characterized by hate-messages from both divides.

I also want to put on record that if all PDP members decamp to APC today, I will remain the last-man standing for the party, even as I have no cause to denigrate the office of the president.

I also promise APC a robust and engaging opposition both in the South-West, and nationally, with me playing a prominent role.

Let me again state that I will continue to seek peace with my traducers and troublers of Ekiti.

Since the Supreme Court judgement which held my 2006 impeachment as illegal, unconstitutional, null and void and of no effect, my preachings have been peace. This is to see if a hand of fellowship as urged by elders in the state and the nation at large would bring sanity to the opposition camp. It definitely has nothing to do with cowardice; as Ekiti is a land of the brave.

In alerting the international community on what to expect from May 29 as regards the threat by the APC to make Ekiti ungovernable, I have decided to put on notice the United Nations (UN) and the African Union (AU) on the imminent reign of impunity by APC as from May 29.

Since Ekiti people are certain to resist the planned plundering of their land, Nigerians and the world at large should know who to hold responsible in the event of anarchy in Ekiti State in particular and the entire Yorubaland.