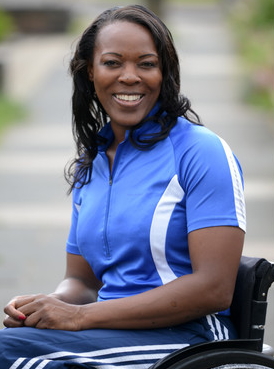 Paralympian and disabilities campaigner Anne Wafula Strike MBE was forced to wet herself on a Cross Country train because it didn’t have a working disabled toilet.

Despite her embarrassment, she has decided to go public in the hope it will bring change for disabled people.

The 47-year-old wheelchair racer represented Kenya – the country of her birth – at the Athens 2004 Paralympics, but has since switched nationalities.

Jealous Japanese Man ‘Abandons’ Wife For 20 Year Because She Gave Attention To Their Children
Confession Of Lagos Prostitutes: We Use Clients Sperm For Rituals & Force Them To Drink….