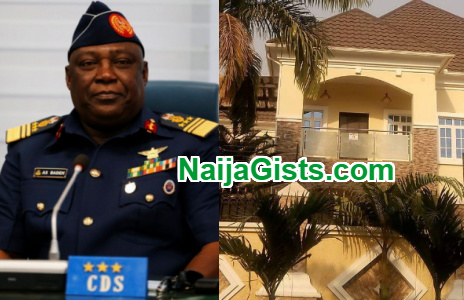 The gigantic mansion seized from the immediate past Chief of Defence Staff, Air Chief Marshal Alex Badeh (retd.), has been converted to an office to be used by the Federal Government of Nigeria.

Those who visited the property located on Plot 6 Ogun River Crescent, Maitama, a highbrow area in Abuja, learnt that the property is being used by the Presidential Committee on the North-East Intervention headed by Lt.-Gen. Theophilus Danjuma, a former Minister of Defence.

A second building (although uncompleted) seized from Badeh, which is located directly opposite the one converted by the Federal Government, still has the EFCC inscription on its fence. 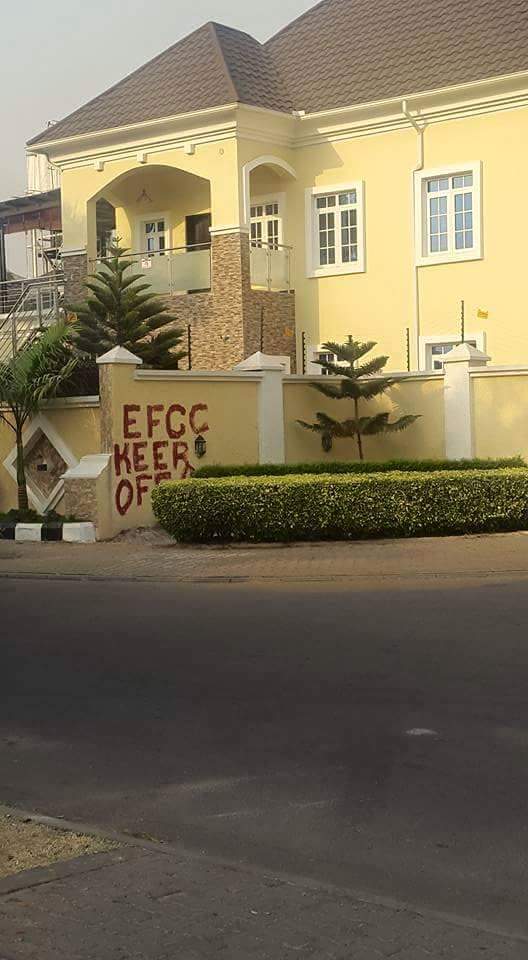 Some gardeners and other domestic workers were seen clearing the grass and sweeping the compound when our reporters visited the place.

Our reporter, who entered into the main building, noticed that the rooms had been converted into offices while desks had been set up at strategic positions.

The EFCC is prosecuting Badeh alongside a firm, Iyalikam Nigeria Limited, on 10 counts of money laundering bordering on alleged fraudulent removal of about N3.97bn from the Nigerian Air Force account.

Our reporters learnt that the decision to convert Badeh’s property may be connected to the Federal Government’s plan to convert seized properties to government use and save cost.