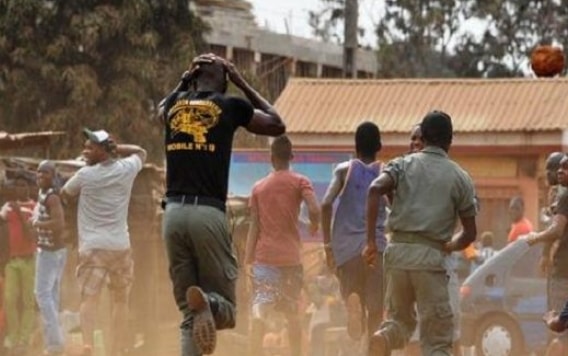 At least 9 persons were killed yesterday when some  suspected Fulani terrorists invaded 4 villages in Omala LGA of Kogi state.

Several  houses were set ablaze by the suspected herdsmen who killed the Royal Father of Agbenema vilage, Musa Edibo and his wife.

Residents who managed to escaped the onslaught said the attackers hid in bushes around the villages where they launched their attacks.

According to sources, the herdsmen’s mode of operation is to set houses ablaze and shoot fleeing inhabitants; slit their throats and cut them with machete.

The herdsmen  carried out similar attacks in Opada, Iyade and Ajichekpa villages in Omala LGA of Kogi state.