The trail blazer Governor accused the President of distributing raw US dollars during his 5-day visit to Lagos.

Fashola said Jonathan met with different strategic groups and gave them dollars in order to win their favour.

He disclosed this yesterday after inspecting projects in Lekki area of Lagos.

During the five days, Jonathan reached out to different groups such as traditional rulers, cooperative societies, market women and others in his bid to garner support for his ambition which might be one of the reasons for the postponement of the elections from February to 28 March and 11 April. 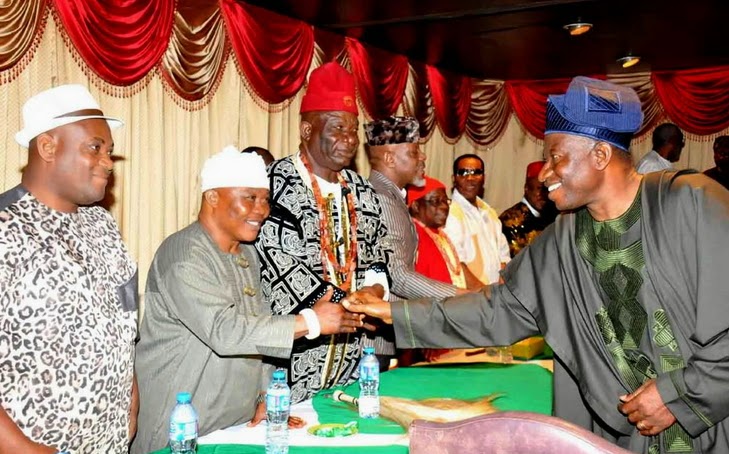 He asked the president to attempt to spend the five days he spent in Lagos at Chibok in Borno State.

“I want to assume that he did not make a statement that he would deliver Lagos residents from bondage. The question to ask Mr. President is whether he had come to free them from bondage.
“He was here for five days meeting with different people and groups, distributing money in dollars. It is an un-presidential statement made in an act of desperation. That means he lived in bondage in five days if he had come into the state to free people. If he can live here for five days moving with patrol vehicles that we paid for, let him go and spend five days in Chibok and he will know what bondage is,” he said.

Continue Reading
You may also like...
Related Topics:bribe, jonathan, lagosians, us dollars