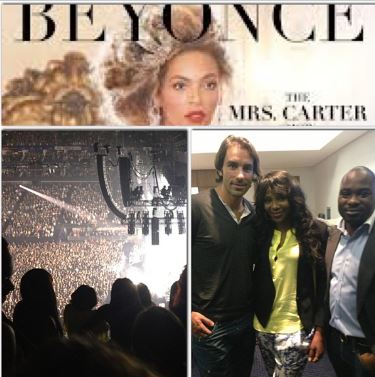 Genny glams the show with Alexander Amosu and other stars in London.

Beyonce’s baby girl, Blue Ivy reportedly stole the show from her mother after she was brought on stage.

According to sources, Genny and Amosu watched the show from the VIP corner. 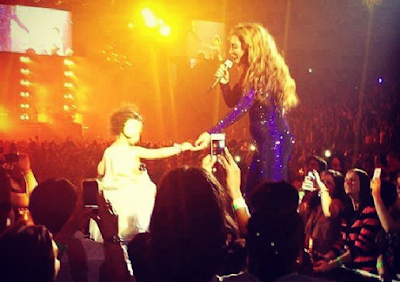 Baby blue ivy rocks the stage with her mother