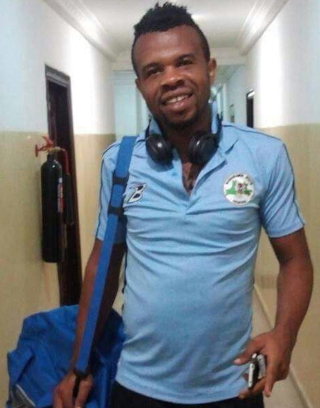 Shagari lost his elder brother who is also a footballer on Monday the 13th of February 2017 in Enugu.

Henry Obiekwu was said to have slumped during a friendly match at the UNEC Stadium on Monday.

He reportedly held his chest tight while complaining of severe chest pain before he slumped.

He was rushed to the Eastern Nigeria Medical Centre in Enugu where he was confirmed dead.