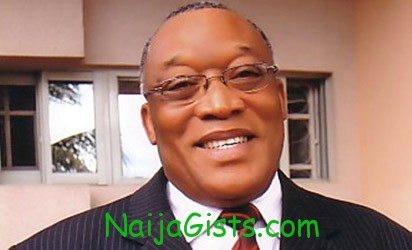 Dec 17,2011 – Homosexual Marriage: Nigeria Can Do Without Foreign Aids

A lot of Nigerians have criticised the threat of United States of America President, Barack Obama, and his European Union counterparts’ threat to stop giving grants and aids to countries that are opposed to same sex marriages including Nigeria. naijagists.com

To Chief Cliff Mbagwu, a chieftain of the Peoples Democratic Party (PDP), management consultant and chairman of Simeon and Rose Associates, such threats are insulting. He said if Nigeria manages her resources well, she does not need foreign grant.

Mbagwu, also spoke on the increasing security threat posed by Boko Haram, saying that the problem might extend to other parts of country if a select few and leaders continue to deny a large majority of Nigerians access to economic opportunities.

He viewed as belated, some Northern leaders condemnation of activities of Boko Haram, last week and urged them to halt mass poverty and illiteracy in the region. On the on going moves to amend the constitution, he said a new constitution was the best way out. Excerpts:

The arrogance of trying to impose your own way of life even when it is repugnant to other people’s way of life smacks of insensitivity. If they are threatening to withhold their aids to African countries who do not accept this obscene way of life, my reaction is that they can go to Hell with their aids.

Strictly speaking, I don’t think we need aids. Nigeria and Africa have enough resources to sustain themselves if only they can manage their resources well. Nobody should allow himself to be blackmailed into accepting another person’s repugnant culture just for the sake of aids.

It is unfortunate in the sense that I don’t think this is in our character. It is not in the character of an average Nigerian to engage in mass killing for whatever purpose. I think the Boko Haram phenomenon is beginning to look political. It might be the political face of a particular political pig that wants to either hold the country to ransom or intimidate the current government.

The approach to it is to identify who the sponsors are. It might not even be to negotiate as some people are suggesting because who are you negotiating with and what are you negotiating about? The government should try and identify who the sponsors are. These sponsors, I suspect, might be people who are very highly placed and who have one or two political grudges to bear against the current government.

It is clearly not Islamic. Islam is a religion of peace and Islam has never preached mass murder as being conducted by some of these pathetic followers. So what should be done is to identify the sponsors and quickly sanction them to serve a deterrence to others. Nobody is above the law, they should be sanctioned according to the law.

What is providing the raw materials for this Boko Haram phenomenon is mass illiteracy, mass poverty, ignorance and absence of economic opportunities. If government could improve social conditions, it could then become a little difficult to find people to recruit for the attacks.

I believe government must also get tougher through approaches – moral suasion, trying to provide opportunities that pull young people away from this path of evil. Having done that, those of them that refuse to see reason must be quickly separated from the rest of the society in whatever way. I think when you are dealing with this type of situation, as much as it is advisable that no innocent person must be made to suffer, we must know that human rights are for humans.

Anybody who can set out a bomb in a market square killing pregnant women and children, laymen and pastors is not exactly human and may not be entitled to human rights. To fight this cause, we must de-emphasis the niceties of human rights and deal with this problem the way it should be dealt with.

It is interesting that some Northern leaders are beginning to speak against Boko Haram. I am of the opinion that they are doing that a little too late. I am surprised that they have not been as forceful against Boko Haram as all of us would have wished. Members of Boko Haram come from families, local council areas.

They have traditional rulers and people they respect. It is really interesting that Northern leaders are speaking up now but I would have wished they spoke up earlier than now. Having now decided to speak up, it will be interesting if we can see a quick reduction in the activities of Boko Haram.

Apart from that Northern leaders and those in government have a responsibility to ensure that governance robs off positively on the governed, social conditions are improved and opportunities are created for economic advancement and people are given equal access to opportunities. One thing that is beginning to worry me is the fact that we are gradually building a culture and society of exclusion. A lot of people are excluded from opportunities even in the South.

In Federal Government agencies and even in some private organisations, you really cannot get anything unless you know a governor, senator, minister, permanent secretary, a party chief, etc. A society of exclusion is a respite for disaster.

Those people, who are excluded, what do you want them to do? What happens to the son of a palm wine tapper, who has managed to acquire a university education and whose father does not know a senator, minister or somebody in the Presidency? What happens to the son of that widow, whose mother had sold all their palm trees to give a university education, who does not know anybody but who has merited by dint of hard work and intellect an access to economic opportunity? Why should he be denied and what happens to him? And when you deny him those opportunities, how do you expect him to react?

If we don’t quickly eradicate the culture of exclusion, there is going to be an explosion. Because there is no way you are to going convince a group of young people who have acquired university education and have been deliberately excluded from economic opportunities by those who are well placed and who are reserving everything for themselves, their children and relations. I am envisaging the Red Brigade type of situation coming up in Nigeria if we do not do away with the culture of exclusion.

I give you an example, in the 70s, when I was to enter the university, I was in village, I applied for the University of Nigeria admission form using a postal order I bought from my village. I got an invitation for entrance examination through the postal agency in my village. When I took that exam, I never went to know where Nsukka was.

I got admission letter from that postal agency. I didn’t need to know any vice chancellor, professor or anybody or where Nsukka was to be given admission. The only time I went to Nsukka was when I had the admission. So, I think we should return to the era where everybody no matter who he is or who his father is can have access to economic opportunities

I don’t know what happened to us that we are now building a culture of exclusion where majority of the people are excluded. The result of it is perhaps producing raw materials for the type of phenomenon you call Boko Haram.

Talking about Northern leaders, I think they have a special responsibility to make sure that in their place, opportunities are created for people to advance in life. Nothing makes it mandatory that the son of your mai guard will also be a mai guard, which is what I think is happening in the North and which I think is terrible. Their people do not encourage others to migrate from poverty. So I think Northern leaders, those of them who have had opportunities, should try and pull up as many people as they can whether they are in government or out of it.

The country as it is was a mistake. I think Nigeria was a mistake. Being honest, there was no basis for creating Nigeria in 1914 otherwise France and England could well have become one country. But having created it and having lived for nearly 100 years, I think the pains of separation now will be greater than the pains of continuing to live together.

As a nation, we must define a set of core values that we must all hold dear and believe in irrespective of differences in tribe and tongue. It is this sense of value that will now bind us together and help us drive nation building. Values like respect for human life; justice, equity and fair play; equal access to opportunities; equality before the law; abhorence of corruption.

Returning to the constitution, if we cannot write a brand new one, we can amend this one in such a way to achieve some purpose like: recognising a set of core values and looking at this structure itself.. I think we are spending too much on governance at the expense of developing infrastructure and the human capacity index..

These are the things a new constitution can look at. Is it not possible to have a united country with six regions and reduce the multiplicity of the houses of assembly and local government areas that we are funding. At the present cost of governance I won’t be surprised if 70 per cent of available resources is spent as overhead paying people in government. This is dysfunctional and not conducive to nation building because you won’t have money to invest in education, health and other infrastructure. (culled from vanguard)