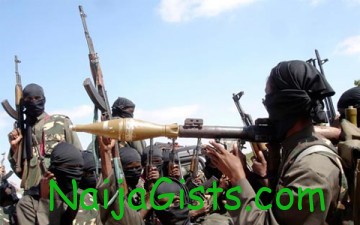 In this latest eye opening interview with Senator Sadik Abubakar Yar’Adua conducted by Ben Agande, the senator speaks up on corruption embedded in the National Assembly and the possible way out of Boko Haram menace.

You were in the House of Representatives before being voted into the Senate. How is the new experience?

There are quite a lot of differences between the House and the Senate. In the Senate, you treat all matters with a lot of caution and diligence because people know that those in the Senate are people who will have to weigh a lot of things before they take decisions.

In the House, it was different because when we came in, we were much younger and therefore we took things as they came. We were more militant. We had an executive led by a former military dictator who was not used to the bureaucracy of democratic institutions. In the military, he did not have to talk to anyone before he took decisions. But he had to consult the parliament to get approval before he did things. So it was a little bit different. When you look at the size of the two chambers, the House has 360 members meaning that the shades of opinions and views would be quite larger than the Senate where you have 109 members.

What has continued to dog the House of Representatives is the issue of corruption. When you hear such stories, do you sometimes regret that you were a member of that chamber?

You will certainly have either issues of morality, or financial prudence or any other issue. Because the composition of the House of Representatives is in most cases made of younger members compared to the Senate, you find that people may not behave in a certain manner. I know that right from the time of Speaker Ghali Umar Na’Abba when I was in opposition because of what was happening, you discover that most of the issues were the making of the press.

For instance, in the case of former Speaker Patricia Etteh, she never did anything wrong. She did not take any money. All the money that was alleged to have been embezzled, she never took any money out. But because some members were more interested in removing her from office, they concocted stories and sold them to the press and the press sold that to Nigerians. No newspaper really conducted any investigation to unearth the truth about those allegations. I had expected the press to be more thorough in its reportage of those allegations.

The security situation in Nigeria has become very challenging especially in the North where the economy has been grounded because of the activities of the Boko Haram sect. In your opinion, what is the best way of handling this?

Honestly I am not happy with the way things are being handled by government.
It appears the new National Security Adviser is introducing new approaches to the problem. I also believe that dialogue is the best answer to any human problem. As long as you don’t dialogue, you cannot find solution because it is only by dialoguing that you can understand the problems of people. If you do not dialogue, you will have problems. We should not be behaving like the United States of America. America is a stronger country than Nigeria; so if you try to show strength when you do not have the strength, it does not make sense.

As far as I am concerned, what is happening to the country is the creation of the Peoples Democratic Party. The former National Security Adviser, NSA, said it even though he just scratched the surface. The reality is that the PDP created it. If they did not do so directly, they created the enabling environment for people to operate the way they are operating because they have denied people access to Nigeria’s national wealth. In the last thirteen years, what has the PDP done to Nigeria? Have they changed the ways of doing things in government? They have not. Most of the governors are in office to make money. We have seen some who came in without anything and are now among the richest Nigerians.

The PDP has created the enabling environment for criminal and terrorist acts and militant acts to take place. It was when the politicians took over in 1999 that we began to see militants, we have seen kidnappings in the eastern part of the country and the surge of armed robbery all over Nigeria. We have seen militancy in the Niger Delta and now the issues in the north. It is only in the last thirteen years that all these things have been happening because the environment is there.

There are many Nigerians roaming the streets for years without jobs and the government has not come out with any policy as to how it wants to tackle unemployment in the country. An idle mind is the devil’s workshop. If people don’t have food to eat, they don’t have jobs to do, they will be vulnerable. I am not saying these should be the excuses but the PDP has created the situation for such activities to take place in the country.

The way forward is for Nigerians to rise up against the PDP and vote them out from head to toe. Let’s change the PDP and bring those who are serious about good governance which, in this case, I believe are the Congress for Progressive Change, CPC, and the Action Congress of Nigeria, ACN.
That is a way of politicizing the matter.

I am not trying to politicize anything. I am just saying the truth. If a political party has failed to provide proper leadership, what you do is change the party during election. That is the way forward. Change the PDP and you will see whether these things will take place again. The CPC and the ACN will address the issues in a more robust manner. We will tackle these problems. We will tackle poverty. We will go for eradication not reduction of poverty. Some of our governors have demonstrated that. Go to Nassarawa State for example and see what our governor is doing. Go to Lagos State and see what the ACN governor is doing. Go to Edo State and see what the ACN governor is doing. We will look at ways to improve the living conditions of Nigerians. These are things that our alliance will pursue.

In the first place, I totally disagree with that allusion. I know that the North has tried as much as possible and I think that is what the Sultan of Sokoto told the Senate President and all of us that there are things that must not be made public because of their serious nature. The northern leaders, both Christians and Muslims, are working. If they were not doing what they were supposed to be doing, do you think we would have survived these massacres that have happened?

If the Christian and Muslim Leaders in the North were not working, we would have been at war by now. That is the truth. Some of these things are not made public but I know of people from both sides who have been talking and appealing to both parties about the need for peaceful co-existence.

When the Boko Haram problem started in the North, when you go to mosques, people were not talking about peace because initially the impression was that those who were doing it were part of the marginalized people in the North. But later when the bombings of churches started, every mosque you go to you see people offering special prayers for peace in Nigeria. Before now, all you hear pastors saying was that they are killing Christians. But now, they pray for peace. For anybody to say that the northern leadership has failed, it is not correct.

They were doing their best to ensure that there is peace in the land. It is not always very easy to see immediate impact. It is easy to destroy but very difficult to build.

Do you see Nigeria surviving all these problems?

I can assure you that Nigeria will survive but there are things that Nigerians need to do and one of these is to ensure that the PDP is no more in power from the ward level to the national level. Let’s forget about religion, let’s forget about ethnicity. What we need to do is to remove the PDP. Once we remove the PDP and we elect a government that is responsive, people who care about the people of Nigeria, then the sky will be the limit. We have come a long way as a people.

I am a Muslim but one of my best friends is a Christian from the south east. He knows everything about my family and I know a lot about his family. I cannot just think of us being in different countries and I know there are millions of Nigerians like me. But we have to remove the creator of these problems and the creator of these problems is the PDP.

The leaders of that party are the people desecrating Nigeria; so we have to stop them from doing what they are doing. By 2015, all Nigerians should come out and sweep the PDP away. The people of Katsina State are seeing the impact of change because, before now, the PDP was in total control but now, the PDP is only controlling the state but at the national level it is the CPC and people are seeing the impact.

The government has woken up because it needs to be relevant. That is the kind of thing that Nigeria needs to do.