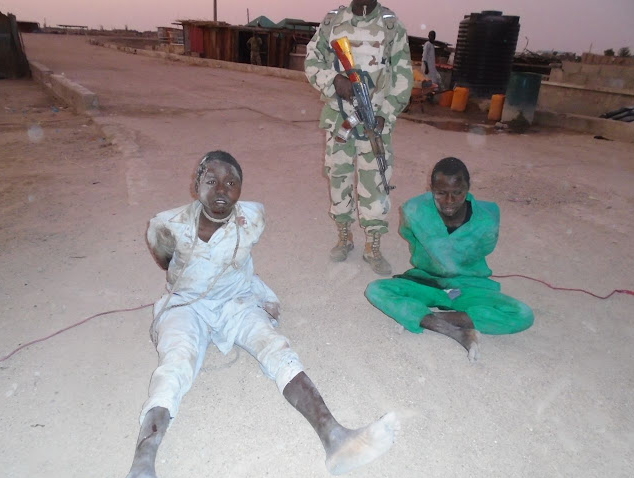 The acting director of Army Public Relations, Col Sani Usman said you can now identify a terrorist when you see a man wearing green-coloured material.

Usman also said you can easily identify the insurgents with neck and leg ropes.

Pictured above are two of the terrorists caught by troops of 22 Brigade Garrison and 3 Battalion at Gima village in Ngala LGA of Borno state yesterday. 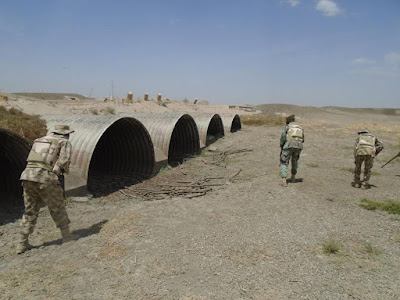 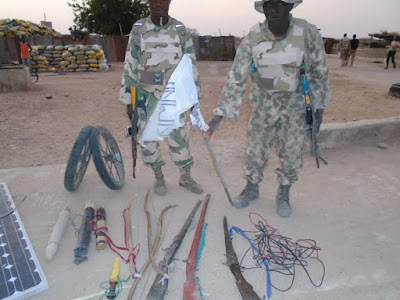 Let’s hope an innocent person wearing green will not be mistaken for a Boko Haram terrorist in the near future.