Feb 13, 2012 – How Whitney Houston’s Lifeless Body Was Found In Bathtub

The deceased soul musician, Whitney Houston, was found lifeless in the bathtub of a Beverly Hills hotel in Los Angeles yesterday with her face buried under water. naijagists.com

Eyewitnesses state that Whitney’s bodyguards, hairdress and her stylist, were present in her hotel room at the time of the incident.

Her aides became worried when she had been in the bathroom for over an hour and it was time to start getting ready for the Clive Davis pre-grammy award party. 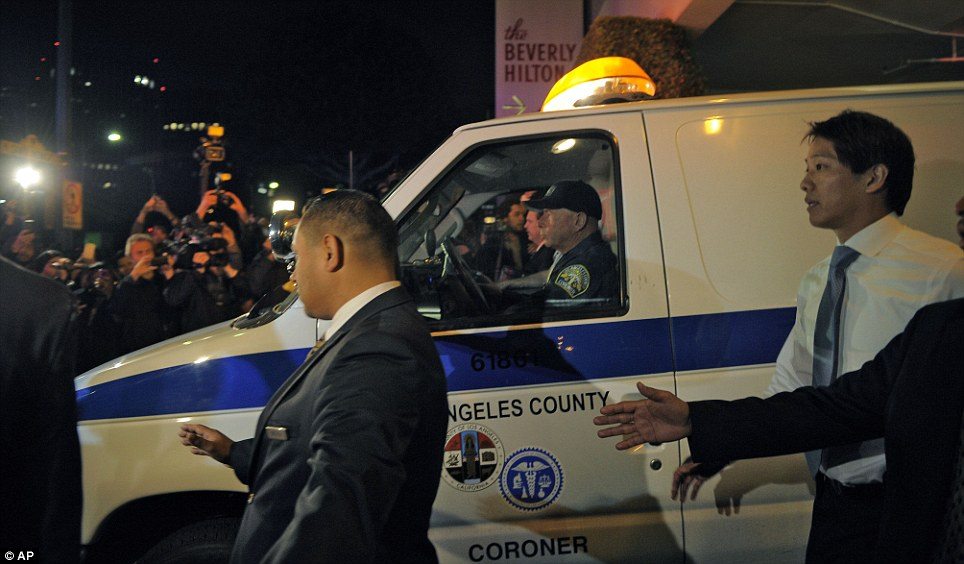 They began to knock on the door and there was no answer, the hairdresser, who is female, went in to the bathroom to check on her and immediately screamed to alert other people in the suite.  One of the bodyguards was said to have rushed in and pulled her out of the tub.

Her face was below the water, her legs were up, and her body was very cold. The bodyguard attempted CPR to revive her before calling for assistance.

Autopsy was performed on her body on Sunday, and it was revealed that there was water in her lungs, which suggests she may have drowned in the bathtub. Police authorities said no formal statement will be made until toxicology result is out.

She was reported to have drunk a lot of alcohol at a club on Friday night, and she is also said to be taking Xanax-a prescription drug used to treat depression and anxiety, which doesn’t go well with alcohol. 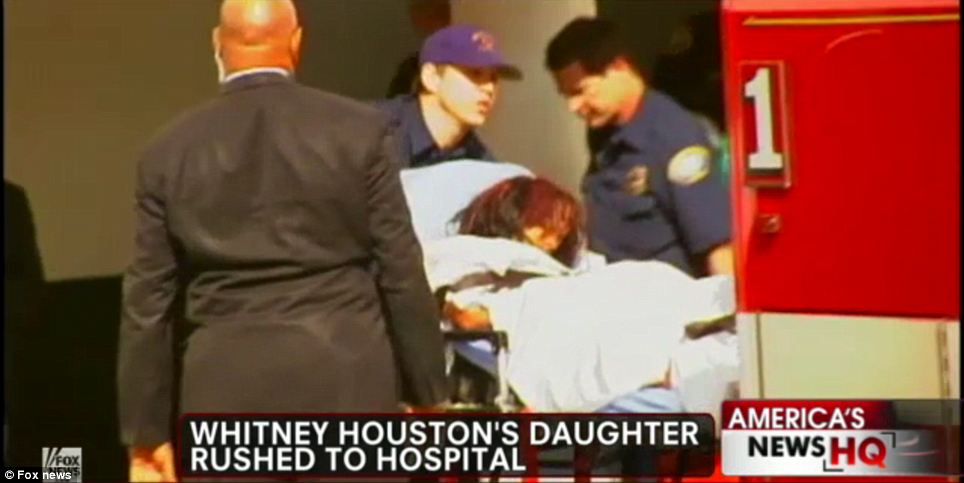 Her 18-year old daughter, Bobbi Kristina, is said to be distraught with the death of her mother and has been hospitalized twice in the last 24 hours.

Family members are said to be keeping a close watch on her to prevent her from committing suicide.

A statement from her former husband, Bobby Brown, reads:

“I am deeply saddened at the passing of my ex-wife, Whitney Houston. At this time, we ask for privacy, especially for my daughter, Bobbi-Kristina. I appreciate all of the condolences that have been directed towards my family and I at this most difficult time.”

According to Whitney Houston’s autopsy result, she died of Prescription drug overdose (Xanax) and Alcohol cocktail.

May her soul rest in peace !