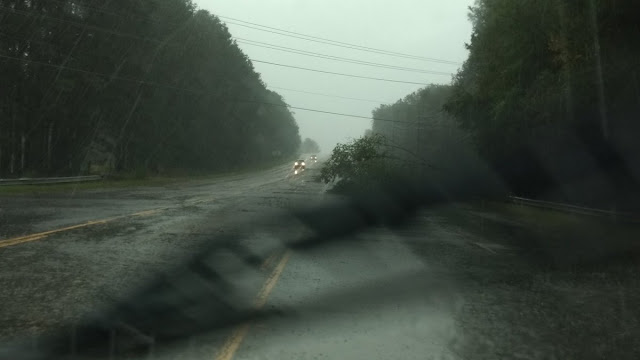 Live Report From The Weather Channel

Matthew will then drift southward toward the Bahamas as a weaker system. 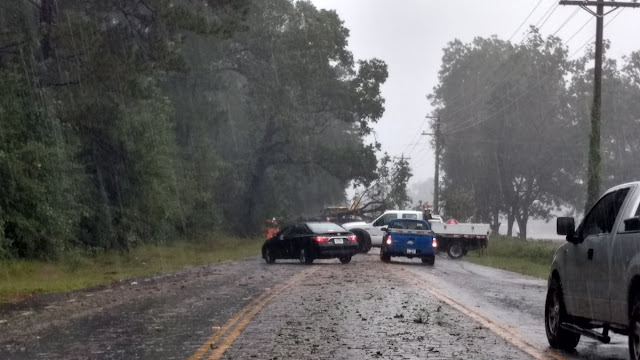 Matthew made landfall late Saturday morning southeast of McClellanville, South Carolina, as a Category 1 hurricane with 75 mph winds, and is triggering life-threatening storm surge, rainfall flooding and destructive winds in the Carolinas.

Dangerous flash flooding is ongoing in parts of the Carolinas, with reports of flooded buildings and washed-out roads coming in. Storm surge flooding is also occurring on the upper South Carolina coast, including Myrtle Beach and southern North Carolina. 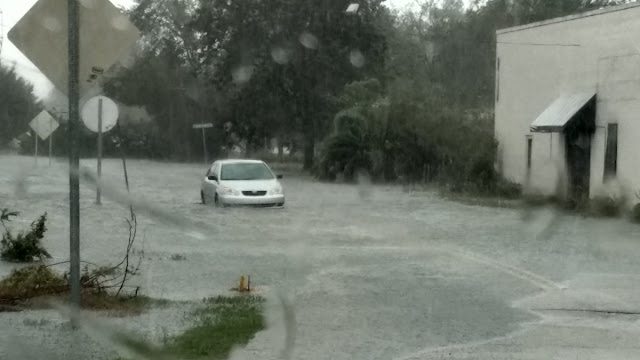 A tornado watch continues for parts of the Carolinas until 4 p.m. EDT. There has already been a report of damage possibly from a tornado in North Myrtle Beach, South Carolina Saturday morning.

A tropical storm warning continues north of there to include the Outer Banks of North Carolina, as well as Albemarle and Pamlico Sounds, as well as some inland locations in eastern Georgia, South Carolina and eastern North Carolina.

Matthew may be taking on a ragged, extra tropical look in both radar and satellite imagery, but its rain and wind impacts are still punching the Carolinas with full force.

The NWS office in Wilmington, North Carolina, issued its first ever flash flood emergency early Saturday afternoon for Horry County, including the Myrtle Beach Grand Strand and Conway, South Carolina due to the combination of rainfall and storm surge flooding. Flash flood emergencies are only issued during rare, exceptionally dangerous events. 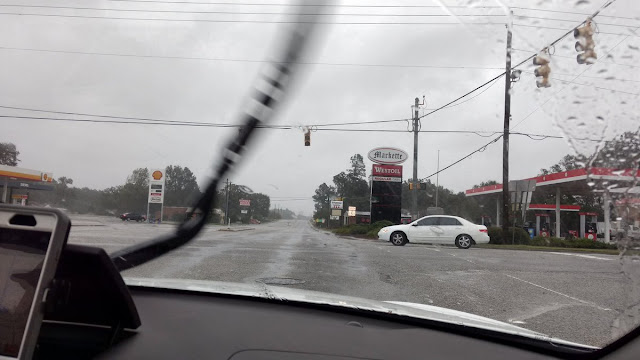 Inland, rainfall rates of 2 to 3 inches per hour are triggering major flash flooding in parts of southern North Carolina and South Carolina. This prompted the NWS in Raleigh to issue a jarring statement warning of the threat of road washouts, even dam failures.

The center of Matthew will slide east-northeast through Sunday morning, brushing the coast of southern North Carolina.

Beyond Sunday, Matthew is expected to become embedded in a frontal boundary and lose its tropical characteristics as it moves east, then south well off the coast of the Carolinas.

Here is how high the water could reach during this life-threatening inundation if the peak surge coincides with high tide, according to the National Hurricane Center:

Keep in mind the NHC surge forecasts are “worst-case scenarios” if they occur at high tide.

Here are times of the next three high and low tides for several locations that could see significant storm surge inundation. These high tides may last a few hours due to strong onshore winds. 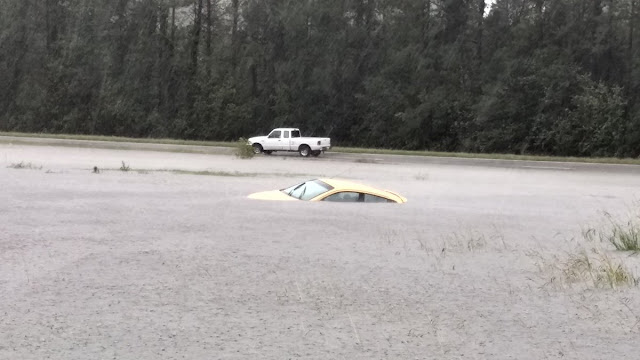 Matthew will also continue to generate large, battering waves along the entire coastline of the Southeast through this weekend. Mariners should stay out of the water given this danger.

Of course, major beach erosion, including undermining or overtopping of protective dunes and nearby road damage is expected with all those factors above playing out.

Lingering wind gusts over 60 mph, particularly behind (to the west and northwest) of Matthew’s center will lead to additional power outages, downed trees or tree limbs, and possibly some structural damage.