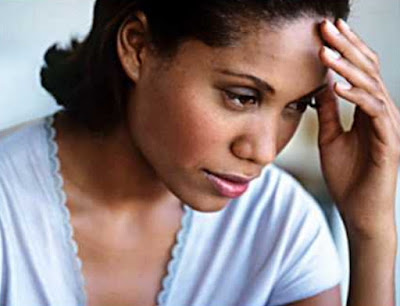 June 29, 2017  – Nigerian Woman Moaning While Being Raped By Robbers Returns To Benue For Spiritual Cleansing As Husband Refunds Bride Price

Few days ago, the report of a Nigerian woman dumped by hubby for moaning while being raped by robbers went viral, here is an update on the story.

According to TheNigerian, the 28-year-old woman has finally arrived her country home in Owukpa for spiritual cleansing.

The woman, whose name was given as Ejalo (surname withheld) arrived her husband’s Umufu home at Ugbugbu community in Owukpa, Ogbadibo LGA of Benue State for the exercise.

It was revealed that the woman had gone for HIV test in Lagos before leaving but the result showed negative. However, the doctor asked her to return in six months time for another test to ascertain she is free from any form of STD and pregnancy.

The insider said, the woman, who hailed from Ifikeri, in Itabono Owukpa is expected to spend sometimes in the village to perfect the spiritual cleansing.

“During this process, she is not expected to step into her father in-law’s compound nor shake hand with the oldest person in the family. She would be forced to go before Ekwu Anya in Ipole Ugbugbu with a three-day old chick and some kolanuts for prayers.

“From there, she would move to Aje’Owukpa in Ipole Owukpa where the cleansing would perfected by the chief priest,” the source added.

Asked if the husband is ready to take her back, the insider, who would not want his name mentioned said, the man had already sent the bride price to the go-before so he could return it to the wife’s family.

“The truth of the matter is that the man is not ready to accept the wife back. He had since sent the bride price to the Ogbobonya for a refund but some family elders are still trying to meditate to see how they could resolve the matter,” the source added.

Chai!!! this woman is something else.