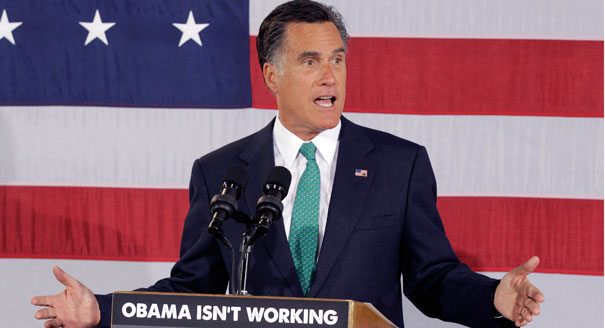 August 28, 2012 – I Can Relate To Black People, My Ancestors Once Owned Slaves – Mitt Romney, US Presidential Candidate

US Republican Presidential candidate, Mitt Romney told a crowd of supporters during a speech that he can relate with black people because his ancestors once owned slaves. naijagists.com

Here is what Mitt Romney said while addressing a crowd in Prattville, Alabama:

I understand how difficult it can be for an African-American in today’s society. In fact, I can relate to black people very well indeed. My ancestors once owned slaves, and it is in my lineage to work closely with the black community. However, just because they were freed over a century ago doesn’t mean they can now be freeloaders. They need to be told to work hard, and the incentives just aren’t there for them anymore. When I’m president I plan to work closely with the black community to bring a sense of pride and work ethic back into view for them.

According to Freewoodpost report, even though this latest statement by Mitt Romney will undoubtedly be spun so that it will be seen as being taken out of context, someone needs to tell this man to just keep his mouth shut. So far, he has told citizens that he is friends with NASCAR owners, NFL owners, and now that he is related to slave owners. Stick to economic policy Mitt, that’s your strong point. Your history at Bain Capital speaks for itself.

The Romney campaign has yet to release its version of the speech made in Prattville.

Note: We have received several threats from one Louis Farakan telling us to remove this article.

This article was originally posted on Freewood post blog and we have cited the source.

For your information Mr Louis, this article has been posted on several websites and not on NaijaGists.com alone.

ENOUGH OF YOUR THREATS!