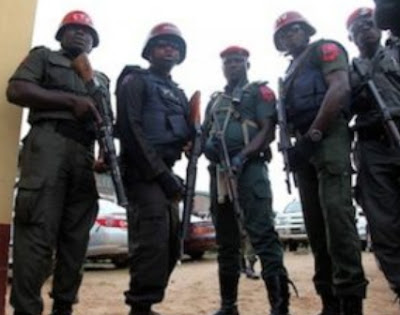 The Commissioner of Police, Mr Zanna Ibrahim, disclosed this to newsmen on Tuesday in Asaba.

Ibrahim said the suspects’ gang was led by a notorious criminal, Karowei Gbakumor, presently on the run.

He said operatives of the State Police Command successfully arrested the suspects, some of whom had made confessional statement on their complicity in the abduction of the Britons.

“On the 13th of October, 2017, we informed you of the unfortunate incident regarding the kidnap of some British citizens at Enakorogha community in Burutu Local Government Area of Delta by a criminal gang.

“The gang of armed militants was led by one Karowei Gbakumor. Police operatives, acting on a tip-off effected the arrest of the suspects who have various degree of complicity in the case,” he said.

The commissioner said that one of the suspects, Ekpenunena Courtmember, confessed to have led the gang to the scene of the crime, adding that another suspect, Ebimene Arerobo, was also arrested by soldiers of the Operation Delta Safe.

He said upon the arrest of Arerobo, it was discovered that the suspect aided and abetted the criminal operations of the notorious kidnap syndicate headed by Karowei.

“Based on information we gathered, the suspect has been acting as informant to the Karowei criminal syndicate.

“Ekpenunena Courtmember led the gang to the victims’ residence and also provided petrol to fuel the speed boat used for the operation.

“Another suspect, Wirly Huludu, was aware of the gang’s activities, but concealed the information. On the fateful day, he put a call to Bokeyo, who is suspected to be the second-in-command to Karowei,” he said.

Ibrahim also disclosed that operatives were working hard to ascertain the level of complicity of another suspect, Godswill Hana, who was implicated by Ekpenunena.

He said that another one of the suspects, James Tennes, aided and abetted the operations of the gang as an informant, just as he was also said to have provided drinks for them and knew about their movement.

He said the gang leader, Karowei Gbakumor, who hailed from Enekorogha community of Burutu local government area, had been declared wanted with a bounty of N2 million placed on him for any information leading to his arrest.

Continue Reading
You may also like...
Related Topics:ian squire, militants

Nigerian Beaten To Death, Another Stoned To Death In South Africa Days After Okorocha Honoured Zuma
IPOB Remains A Terrorist Group Until Application To Void Proscription Is Reviewed Next Year