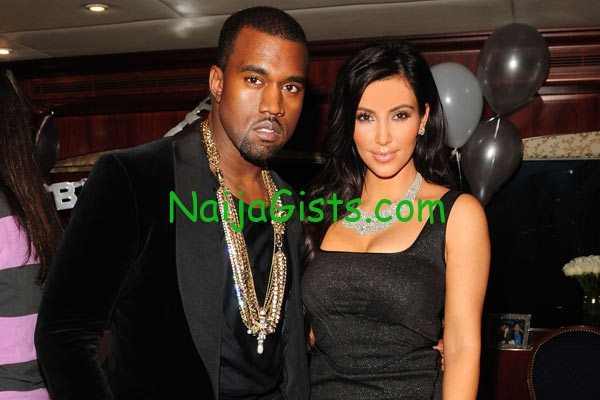 The two lover birds have been spotted together recently plus there is an increase speculation that the two may be dating. naijagists.com

Kanye West and Kim Kardashian have kept their affairs secret until the latest release of Kanye West’s Single .

Below is what Kanye confessed;

“And the whole industry wanna f–k your old G. Only n—a I got respect for is Wiz(Wiz Khalifa). And I’ll admit I fell in love with Kim(Kim Kardashian) ’round the same time she fell in love with him( Kris Humphries). Well that’s cool, Babygirl, do your thing. Lucky I didn’t get Jay (Jay-Z)to drop him from the team(The Nets owned by Jay-z).“

Na wa for these celebs ooo.