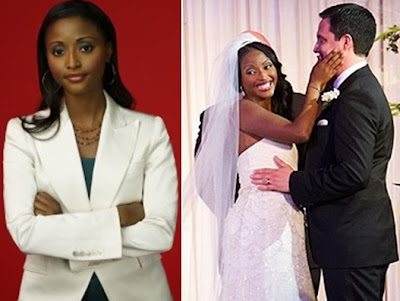 This powerful quote has been proven true in the life of CNN News anchor Isha Sesay, an ex-int’l correspondent for Nigeria.

Isha Sesay got married to her fiance and colleague Leif Coorlim two days ago.

Over the weekend, Isha Sesay,37 married, Leif Coorlim, 34 in Atlanta Georgia with colleagues and family members in attendance.

The 37-year-old woman who now works as a news presenter on Anderson Cooper 360 married Coorlim, the exec. editor of CNN’s Project Freedom on Saturday.

The lovers met back in 2008 while working for CNN.

“Our wedding is very magical. hen I saw Leif standing at the end of the aisle, I felt as if my heart would explode. I married the man of my dreams in front of the people we care about the most. And then we partied the night away.” – newly married Isha Sesay told PEOPLE Magazine.

Isha Sesay‘s husband surprised her when he revealed their honeymoon destination to her at the airport this morning. 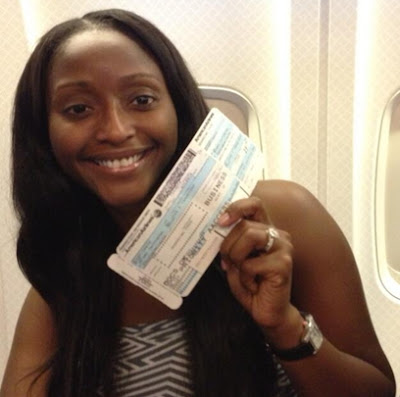 “On plane! After 8 months of suspense I now know where we’re going on honeymoon. Any guesses?” – Isha Sesay said in a tweet

“A big THANK YOU to all who’ve sent my new husband and I your kind thoughts and well wishes. It is so much appreciated!”

She also took her time to thank her stylist who made her look beautiful on her wedding day.

“@staceyvbrice Thank you so much for guiding me through the whole wedding fashion process! Though it is nice to be wearing sneakers now! Haha”

Isha Sesay whose parents hail from Sierra Leone was born in London, UK on the 6th of January 1976.

Check out more photos from Isha Sesay’s wedding below; 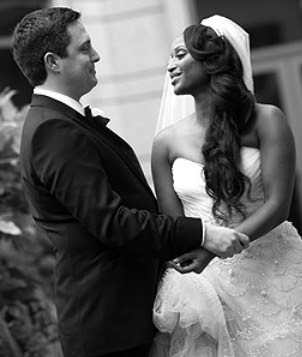 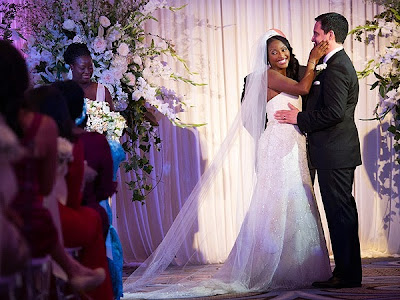