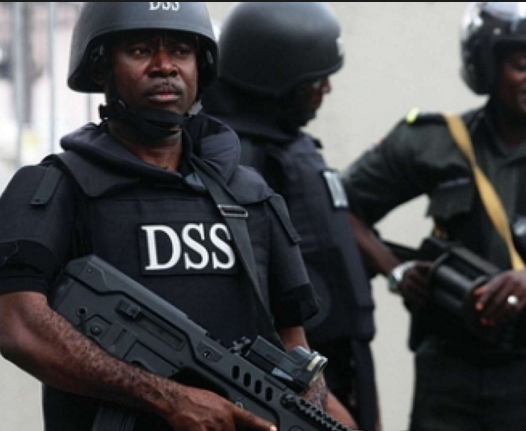 With heightened alertness against terrorism, the Department of State Service (DSS) has arrested an agent of the Islamic State for Iraq and Syria ISIS terror group in Nigeria.

Another terror cell affiliated with the ISIS was also intercepted by DSS in the hometown of President Muhammadu Buhari, Daura, Katsina State.

A statement by the DSS Media Officer, Tony Opuiyo, indicated that the alleged recruiter known as Abdussalam Enesi Yunusa, was arrested on January 17 in Kano.

But beyond Yunusa and three recruits, the suspect revealed the ISIS cell in West Africa and how they have been entrenched with arms and agents all over the sub-region.

The DSS said: “His arrest was sequel to available intelligence which indicated his terrorist antecedents and covert drive to indoctrinate and recruit susceptible youths in the country. Prior to his arrest, Yunusa had completed arrangements to embark on a journey to join an ISIS terrorist training camp in Libya, with other Nigerians whom he recruited for the Islamic State.

His three recruits who were to join him on the Libya trip before the arrest include one Muhammed Rabi’u, Yahaya Momoh Jimoh and Zainab Sunday.

Before his radicalization, Yunusa, the ISIS agent, was a 400 level undergraduate student of a Federal University of Technology, where he was studying for a degree in Information and Media Technology.

The DSS said: “Yunusa was subsequently radicalized and became a member of an extremist cell, comprising of one person he simply identified as Ibrahim and Abubakar Ligali, whom he revealed are currently undergoing terrorist training in Libya. He listed Aminu and Ibrahim Jihadi, a Nigeriene, as other ISIS agents operating in Nigeria and West Africa. The cell was funded by one Abu-sa’ad Al Sudani, a media expert with the extremist group using money transfers to fund the terrorists cell agenda in the sub-region.”

In a clean sweep operation, the DSS also revealed: “On the same January 17 in Daura township of Daura LGA, Katsina State, another budding extremist cell affiliated to ISIS, was intercepted by the Service. One Ibrahim Mohammed Daura, Zaharadeen Salisu and five other elements of the proscribed extremist group, Ansaru, were arrested by the Service. This group was discovered in an active stage, as its members were already coordinating for attacks in Katsina and Kano states.

Also, on January 22, one Obansa Salami, Ejide Tijani (aka Abu Uwaise II), Mohammed Rabiu (aka Ubida II), Zainab Mohammed and Abdulqadir Salisu Ahmad were arrested in Kano by the DSS, while migrating to Libya, with their immediate families including infants in a bid to join ISIS. This group was apprehended after painstaking monitoring of its network and plans

The Service also on january 20 arrested Mohammed Aliyu Ndako in Kwara State, a 17-year-old undergraduate student of a tertiary institution in the state.

He was arrested sequel to intelligence report on his plans with one Abdulkadir Salisu Ahmad (a.k.a Daddy Tall), another student in Kano State, to allegedly carry out coordinated lone-wolf attacks on selected populated targets in Nigeria preferably worship centres or recreation venues. The suspect had hitherto been communicating with foreign extremist elements, while sourcing online terrorist training and support.